Flax Seed and Wheat Grass are an Earth pony couple who first appear in My Little Pony Micro-Series Issue #3 and later make several additional appearances in the comics. They are the owners of "Flax & Wheat's New Age All-Natural Wellness Center".

Flax Seed and Wheat Grass first appear in the Micro-Series Issue #3 story How Rarity Got Her Groovy Back. Flax picks an overworked Rarity up and carts her off to the Wellness Center run by him, Wheat Grass, and their family. From his first appearance on, Flax is depicted as a relaxed if absentminded type, with scruffy hair, a headband, and stereotypical hippie speech mannerisms. For example, he gets distracted by a butterfly fluttering by. Wheat Grass has a very long mane and tail and wears elaborate eyeliner and small round sunglasses.

When Rarity wonders about the rundown state of the spa (which looks like a normal small farm), a nervous Wheat Grass explains that they're "renovating". Flax and Wheat introduce Rarity to their hippie-like ways; each day they have her work hard on the farm from morning to evening, and each night they give her an all-natural beauty and cosmetics product, which they market as "Goops for Stuff" with little success. Fed up with being subjected to manual labor while on vacation and the very humble commodities, Rarity demands a refund from Flax and Wheat. The two nervously admit they already spent the bits Rarity paid. Wheat Grass eventually confesses that, due to a terrible deal they made with the Flim Flam brothers, they're about to lose the farm to Filthy Rich's Barnyard Bargains.

Rarity feels sorry for Flax Seed and Wheat Grass, while impressed with the quality of their Goops and its production values, and uses her business acumen to help them, coming up with a more compelling presentation for their Goops and encouraging Flax and Wheat to raise their prices to more reasonable levels. The face-lifted Goops business eventually gets them the attention of the upper class of Canterlot. Having made enough bits to save the farm several times over, Flax Seed and Wheat Grass thank Rarity for everything she's done. Hoity Toity even recognizes Flax as the next "pony everypony should know".

Wheat Grass appears in a yearbook photo on cover A of Friendship is Magic Issue #11.

On page 1 of Friendship is Magic Issue #19, a building in an alternate Ponyville is labeled "F&W Attorneys", using Flax and Wheat's logo.

Flax Seed and Wheat Grass appear together in the Micro-Series Issue #10 story The Day Shift. Once again victims of Flim and Flam's trickery, Flax and Wheat bring their troubles to the attention of Princess Luna.

Flax and Wheat appear together at Chuckle-Lot on My Little Pony: Friends Forever Issue #7 page 19.

In Friends Forever Issue #9, Flax and Wheat's "Goops for Stuff" stand is on display at Apple Con 45 on page 3, and Wheat Grass herself appears on page 5.

On page 5 of Friendship is Magic Issue #26, a poster advertising beauty products appears to use Flax and Wheat's "F&W" logo.

In Friendship is Magic Issue #28, Flax Seed and Wheat Grass appear together on page 3.

Flax Seed and Wheat Grass bear personality traits and clothing styles reminiscent of the hippie subculture of the 1960s. They frequently speak of self-rejuvenation and are shown to value keeping everything all-natural. Flax Seed is particularly eccentric, as evidenced by his often wide-eyed expression, denunciation of "the establishment", getting creeped out by a sign of Filthy Rich, and constantly using the word "like" in his sentences—which gets on other ponies' nerves.

Flax Seed: Did you know that flax seed... the grain, not me, is like, beneficial to your aura?

Rarity: Next up, branding!
Wheat Grass: But, we already have cutie marks!
Rarity: Not that kind of branding...

Wheat Grass: Rarity! However can we thank you? We've already made enough to save the farm ten times over! We may even get to start paying Tofu and Tempeh!
Flax Seed: Whoa... Let's not get carried away with ourselves here...

Wheat Grass: ...And then they took my cart!
Flim: Hey now! We won your cart!
Flam: Fair and square!

Flax Seed: It could be, like... good? For business? 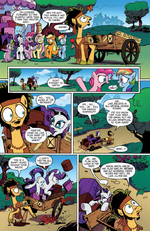 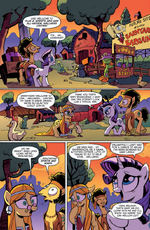 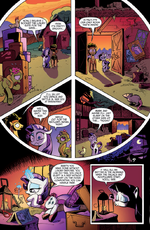 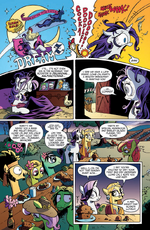 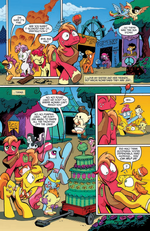 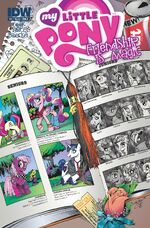 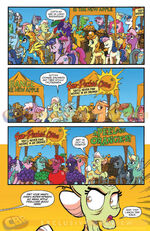 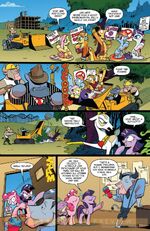 Add a photo to this gallery
Retrieved from "https://mlp.fandom.com/wiki/Flax_Seed_and_Wheat_Grass?oldid=1913658"
Community content is available under CC-BY-SA unless otherwise noted.