Holly Dash is a female background unicorn pony, who appears in the episodes Friendship is Magic, part 2 and Swarm of the Century and in two of IDW's comic book series. She has a light pink coat, a yellow, blue and purple mane, blue eyes (which are not shown in the episodes but are shown in merchandise and the comics) and a cutie mark of a strawberry. She is not named in the show or the comics, but she was first named by show staff and later in merchandise.

Holly Dash is an original character of series animator Holly Giesbrecht—who signed a contract[1]—and is called by that name by Giesbrecht herself, who specified on April 18, 2011 that "Some co-workers dubbed me 'Holly Dash' because I had colorful hair, so my pony is named that",[2] and Sabrina Alberghetti,[3] both earlier than merchandise's use of the name for the character; Giesbrecht has also depicted the character's eye color as blue earlier than merchandise and (subsequently) the comics each have.

In early January 2012, Giesbrecht stated that the character isn't in the show more often "Mostly because she wasn't supposed to be there at all."[4]

Holly Dash first appears very briefly at the end of Friendship is Magic, part 2, between Twinkleshine and another pony in the crowd bowing.

She later appears very briefly in Swarm of the Century, galloping through Ponyville as the town is under siege by parasprites.

In IDW's comic series, Holly Dash first appears on page 2 of My Little Pony: Friendship is Magic Issue #7, seeing the visage of Nightmare Rarity appear on the surface of the moon.

She later appears on page 5 of Micro-Series Issue #8, attending the royal high tea at Princess Celestia's School for Gifted Unicorns and seated across from "Crystal Clear".

Holly Dash is named with a trademark symbol in the seventh wave of mystery pack toys and collector cards and in a Rainbow Power Playful Ponies release,[5] the former of which depicts her with the same design as unicorn Twilight Sparkle and both of which state that she "loves to skip, gallop, and run everywhere!"

Holly Dash is also named with a trademark symbol on her Enterplay collectible card game card α #13 F, which attributes to her and Golden Harvest the respective quotes "This way! No, wait, this way! Come on!" and "Can't we walk? Just this once?" She is also shown on Acidfree's first art print.[6] 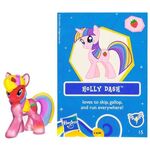 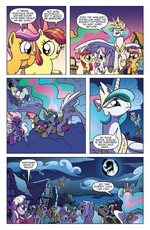 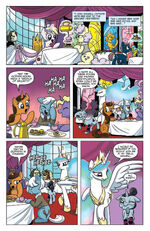 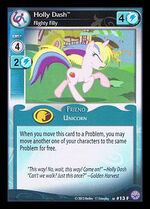 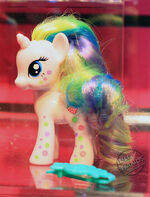 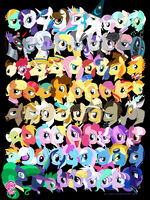 Retrieved from "https://mlp.fandom.com/wiki/Holly_Dash?oldid=1985797"
Community content is available under CC-BY-SA unless otherwise noted.