Berry Dreams, Charged Up, and Lucky Star are three female Earth ponies who appear once during the Iron Pony competition in Fall Weather Friends. They are unnamed in the show, but they are named in merchandise.

Lucky Star resembles a G1 female Earth pony named Starlight (not to be confused with Starlight Glimmer), one of the main characters of My Little Pony Tales.

Berry Dreams, Charged Up, and Lucky Star make a single brief appearance together during the Iron Pony competition in the season one episode Fall Weather Friends.

Berry Dreams is named with a trademark symbol both in the seventh wave of mystery pack toys and collector cards, which depicts her with the same design as Pinkie Pie and states that she "loves playing games with her friends in the park!", and on her Enterplay collectible card game cards α #37 C and α #ƒ17, which give her the description "Berry may not be a pegasus, but she dreams of one day becoming the captain of the Wonderbolt cheerleading team." A mystery pack wave 7 image formerly displayed by a mystery pack listing on the website of the Greek company KAPSIS depicts Berry Dreams, referred to as "Blueberry", with the same design as in the show. A CCG promo of Berry Dreams has been joked about.[1][2] 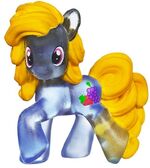 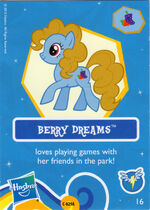 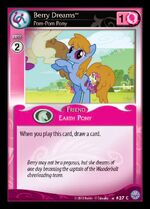 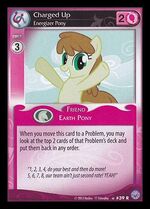 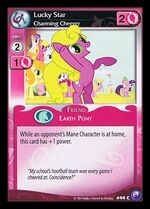 Retrieved from "https://mlp.fandom.com/wiki/Iron_Pony_competition_cheerleaders?oldid=2109906"
Community content is available under CC-BY-SA unless otherwise noted.