This section is transcluded from the article recurring edits. If you wish to edit this section, click here.

The following recurring edits only apply to the episodes of seasons 1 and 2:

These following censorship cuts only refer to the aired Arabic-dubbed prints as they appeared on Cartoon Network Arabic. Cuts like these are common on the channel's other shows due to the channel's obscure censorship policies, and so it is not likely the dubbers' responsibility. Other Middle Eastern free-to-air children's channels would censor content as well, although the extent may differ (CNA's censorship extent is relatively one of the lowest though). Oddly enough, most of the nature of content often cut in Middle Eastern children's channels are usually retained in the region's more "adult" channels, especially when being mild enough, so it is likely these cuts were not performed for any legal reasons whatsoever. Recurring reasons for such cuts tend to stand on grounds of "retaining the morality and culture of its audience based on Islamic values." Any known episode that do not appear on the following list were aired "as is", in spite of any similar content that may have featured.

The following examples of censorship apply only to television broadcasts of the series in Turkey:

This section is transcluded from the article international episode titles. If you wish to edit this section, click here.

This section is transcluded from the article international episode edits. If you wish to edit this section, click here. 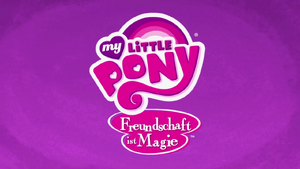 Retrieved from "https://mlp.fandom.com/wiki/My_Little_Pony_Friendship_is_Magic/International_edits?oldid=2160493"
Community content is available under CC-BY-SA unless otherwise noted.