Starsong is a female Pegasus pony who appears in commercials, in "Storytelling Comes Alive! with MY LITTLE PONY", and as a unicorn in the IDW comics. She first appeared in merchandise.

Ted Anderson has referred to Starsong as a character "from Generation 1 of MLP";[1] said counterpart, StarSong, is actually from G3/G3.5 rather than from G1.

Playskool Friends toy releases of Starsong include the Musical Celebration Castle, Bath Squirters, and a plush, all three of which list her name with a trademark symbol; a Glow Pony has been shown but not released. 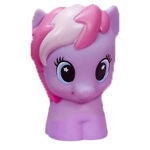 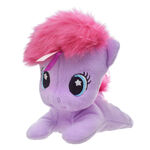 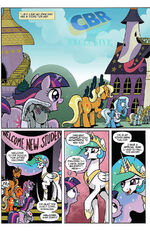 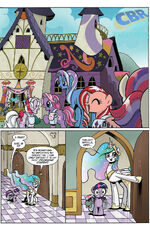 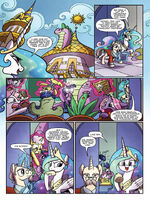 ​[​dubious – discuss‍​]​
Add a photo to this gallery

Retrieved from "https://mlp.fandom.com/wiki/My_Little_Pony_Friendship_is_Magic_Wiki:Workshop/Starsong?oldid=2150440"
Community content is available under CC-BY-SA unless otherwise noted.