In the season five episode Princess Spike, "Leonardo da Brinci"—with his cutie mark of Mona Lisa more inclusive than in Gameloft's mobile game—appears painting a picture of Spike, which is exaggerated as in the episodes A Dog and Pony Show and Do Princesses Dream of Magic Sheep?

In the season six episode On Your Marks, "Leonardo da Brinci" appears during Out On My Own painting a picture of Tree Hugger.

Some cake filling depicts human Mona Lisa during ACADECA and in a picture during Right There in Front of Me.

Ep. 3, All About Alicorns, shows "Leonardo da Brinci" in a framed On Your Marks picture.

In Manehattan Mysteries, an Art Museum Art Exhibit poster picture of ​[​specify​]​ appears on My Little Pony: Friendship is Magic Issue #22 cover A.

A framed picture of Fluttershy as Mona Lisa appears on My Little Pony: Art is Magic!, Vol. 2's cover.

Unicorn Painter—with his cutie mark of Mona Lisa less inclusive than in My Little Pony Friendship is Magic—is a character in Gameloft's mobile game. 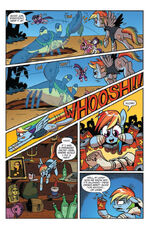 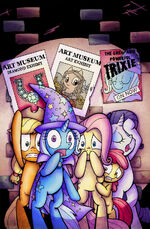 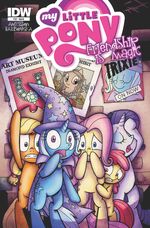 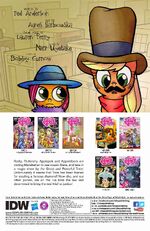 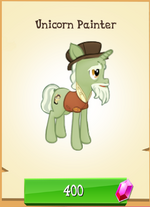 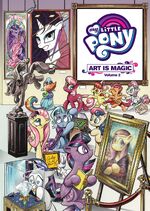 Fluttershy
Add a photo to this gallery

Retrieved from "https://mlp.fandom.com/wiki/My_Little_Pony_Friendship_is_Magic_Wiki:Workshop/Unicorn_Painter_and_Mona_Lisa?oldid=2109538"
Community content is available under CC-BY-SA unless otherwise noted.