Friends are good to have around when you're in flight training.

Flight of the Sparkle.

I lose my control.

"Maybe not quite that hard."

Come on wing, work with me.

Applejack, walking over to Twilight.

Thanks for the helping hoof, Applejack.

Why do you protest so?

"It's just not right having my friends call me a, Princess."

These wings could at least try to cooperate.

Come on Twilight, show those ponies the big finale.

"Now get up there and show them the big finish!"

The freedom is so free.

You really shouldn't smoke, Princess. It's bad for your health.

Ah, I'm about to lose balance!

A dash of Twilight, duck your heads!

She's sure having fun, isn't she?

A head-long first into the dirt - the worst kind of crash landing!

The strength of an Earth Pony

Oh well, nice try.
Add a photo to this gallery

A glass window of Twilight!

"They really captured your regality."

"I don't think that it's everypony's dream."

"Most of my dreams are about frosting!"

Twilight, has other things on her mind.

Come on girls, we don't want to miss our train.

Applejack, excited to be getting back to Ponyville.

Applejack, the happiest farmpony around.

Applejack, happy as ever.

It was fun, while it lasted.

Our friendship is stronger than anything.

Oblivious Pinkie drooling at the thought of yummy frosting.

We'll get you some frosting later, Pinkie.

Relief washes over everypony.
Add a photo to this gallery

I don't think Twilight can handle the snuggles.

"Dear Twilight, You aren't missing anything."

From one princess to another

Easier on the floorboards though.

Never had to worry about hitting the ceiling when she was just pacing on the floor.

Yikes! The princes! Better bow down to her quick!

Stop hitting your head on the floor, Spike.

Twilight you don't have to bow to me; you're not my student anymore.

You're a princess now remember?

Sorry, forgot about that.

It kinda made me sad to banish my baby sister but you and your friends saved her from her curse.

There, good thing I'm princess of the night, I remember when I was banished to the moon.

Twilight may be a princess now, but that doesn't mean they can't still be adorable together.

Another letter for her highness, Princess Twilight.

Ooh! It must be from Pinkie Pie! The envelope has confetti in it!

Not even ten minutes into the season and we've already got vines going after the princess.
Add a photo to this gallery

The sun and moon problem

Twilight, your bed is right behind you.

Something is definitely wrong.

"What do you think it means?!"

i need you two to look for the princesses.

Rule of three, fillies and gentlecolts! Never fails!
Add a photo to this gallery

Hide me! Save me!

Look! The squirrel is hiding in the tree!

Something MUST be wrong when even the BEAR is hiding in your cottage!

Pointing to the door.

"I'm sure there's nothing to worry about."

"Nevermind. You should be worried. Very, very worried!"

Inspiring words of courage there, Fluttershy.

Come on, you strange weed, you think you're tougher than me?

Apple Bloom's efforts seem to be making the problem worse.

Big Mac getting his butt kicked...literally.

Applejack trying to pull the briars with her teeth.

"Hmm... something strange about the sky."

The Everfree spores play Snake with Rarity's tea…or is it Tron?

I'm not doing it. There's something wrong with my magic.

I had fun once. It was awful.

Help! The curtain's alive and it's gonna get me!
Add a photo to this gallery

Rushing to Ponyville / Figuring out the problem

Please remain seated with your hooves and claws inside the alicorn at all times.

"I dunno if you've noticed, but the Everfree Forest is just a teeny-tiny bit out of control!"

the princesses are gone.

"I haven't found squat in any of the books I've been reading! Oopsies! Missed a spot!"

Maybe Discord might know about the strange weather patterns. We should ask him if he has anything to do with them.
Add a photo to this gallery

Well, this is awkward... But who can blame him? That song is pretty darn catchy.

It never fails. You get in the tub and you get a call.

"Yeah, right! This has got your cloven hoofprints written all over it!"

"I'll have you know that I have but one cloven hoof!"

Do these look like the eyes of someone who would do something so nefarious?

"Congrats, BTW, on the promotion. You totally deserved it!"

Innocent as a newborn baby. (Baby rat, that is.)

"The rest of you can learn a lot about friendship from my good friend Shutterfly here." (That ain't Shutterfly. That's Dainbow Rash, Cisdord.)

And this was odd, because it was...

...the Middle of the Night!

Nothing says "turn a bottle white with Alicorn magic" like shadowy magic which made crystals turn black which was used by two unicorns.

So an Alicorn can change a bottle to white. Oooh...

"Was this supposed to do something?"

I can see everything, man!
Add a photo to this gallery

The birth of Nightmare Moon

What is she mad about?

"Did you think they would bask in your beautiful light?"

What is she raving about?

"There can only be one princess in Equestria, and that princess....."

This is going to hurt...

The great betrayal of duty begins

Who would never say solar eclipses by an Alicorn are like this?

Twilight's reaction to what, before, was just legend

Those are some very sharp teeth...

Oh. My. Celestia.
Add a photo to this gallery 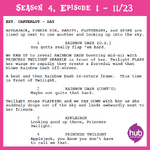 The very first page of the script of this episode. 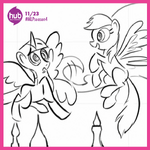 An animatic version of a shot from the first scene.

An earlier version of the script by Meghan McCarthy, deleted from final version. 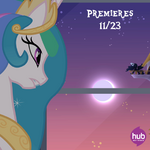 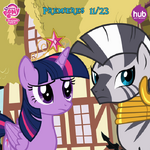 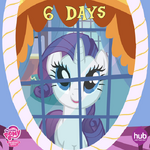 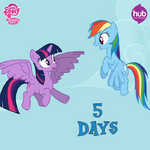 How do I flap wings? 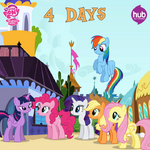 What's up with Twilight's eyes? 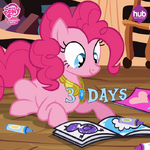 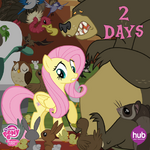 Add a photo to this gallery
Retrieved from "https://mlp.fandom.com/wiki/Princess_Twilight_Sparkle_-_Part_1/Gallery?oldid=2189822"
Community content is available under CC-BY-SA unless otherwise noted.