For the season two episode that shares the same name, see Sisterhooves Social.

In Brotherhooves Social, Applejack is called away to Manehattan by the Cutie Map, preventing her from participating in the Social with Apple Bloom. In order to cheer Apple Bloom up, Big McIntosh disguises himself as her "long-lost cousin Orchard Blossom" and enters the Social with her. The two demonstrate poor coordination throughout the events. Desperate to win Apple Bloom a blue ribbon, Big Mac stampedes through the final race and destroys the course. As a result of poor "sportsponyship", Big Mac and Apple Bloom are disqualified, giving victory to fellow competitors Rainbow Dash and Scootaloo.

The Social is partially featured in My Little Pony: Friends Forever Issue #38; Princess Celestia and Princess Luna take part while they are in the middle of a heated feud.

The Sisterhooves Social is held at Sweet Apple Acres. For the annual event, the farm is decorated with numerous flags, tents, and booths, giving it the appearance of a county fair. Events featured include a pie-eating contest, bobbing for apples, a prize pig exhibition, a singing contest, a cheer contest, and a talent competition. The main event is an obstacle course race officiated by Granny Smith and judged by a committee of ponies.

According to Granny Smith and one of the Social judges, the Sisterhooves Social has a loose definition of what constitutes a "sister". Because of this, non-sister teams (such as Rainbow Dash and Scootaloo) and male ponies (such as Big McIntosh) are allowed to participate.

The final event of the Sisterhooves Social is a race between five teams consisting of several obstacles and challenges in quick succession. These include:

The following "sister" teams have been shown participating in Sisterhooves Socials or are stated to have participated in past Socials. Teams with an asterisk (*) have won one Social or more: 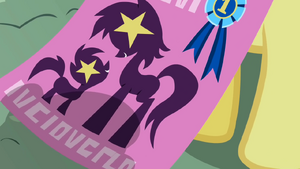 Retrieved from "https://mlp.fandom.com/wiki/Sisterhooves_Social_(event)?oldid=1973581"
Community content is available under CC-BY-SA unless otherwise noted.