In this episode, Princess Twilight Sparkle and her friends unlock a magical map in her new castle, which leads them to a rather mysterious village where the inhabitants have given up their cutie marks.

The animatic for this episode was first shown at San Diego Comic-Con International on July 25, 2014 and was later released as part of the "2014 San Diego Comic-Con My Little Pony: Friendship Is Magic Panel" bonus feature on the Season Four Disc 4 DVD. Some scenes from this episode were teased in Rainbow Dash's and Rarity's recap videos for the season 5 teaser trailers.[4][5]

The title "Cutie Markless, Part 1" was formerly listed in a pre-order listing for Shout! Factory's Cutie Mark Quests DVD including this episode.[1] Said listing and March 3–5, 2015 Twitter replies by Jim Miller have together indicated "Cutie Markless: Part 1" and "Cutie Markless (1)" as wrong.[12][13][14][15] "Cutie Markless Pt. 1" is listed on the disc art of a Discovery Family press promo DVD for season premiere screening.[16]

The map itself was designed by Rebecca Dart.[17] Directors Jayson Thiessen and Jim Miller along with art director Rebecca Dart and prop designer Charmaine Verhagen came up with the design for the "Staff of Sameness".[18]

Both this episode and its second part were nominated for a 2016 Hugo Award for Best Dramatic Presentation (Short Form).[19]

At the Castle of Friendship in Ponyville, Twilight Sparkle wonders about the castle's appearance following the defeat of Lord Tirek. As she and her friends sit in their thrones, their cutie marks begin to glow, causing lights from their thrones to shine upon the star-shaped platform in the center of the room. The castle suddenly comes alive to construct an elaborate holographic map of Equestria.

Floating images of the Mane Six's cutie marks point toward a location far off from Ponyville, and the six friends believe that the map is beckoning them in that direction. As Spike stays behind to plan a hoofball weekend with Big McIntosh, Twilight and her friends set out on a road trip.

After riding the Friendship Express to the end of the line, the Mane Six find a village in the middle of nowhere, where all of the houses—with the exception of one—are arranged in two parallel rows. The ponies cautiously approach the village and discover that all of the ponies living in it bear strangely perpetual smiles (which raises Pinkie Pie's immediate suspicion) and have exactly the same cutie mark: a black equal sign.

As they enter the village, the Mane Six are warmly greeted by the villagers, much to Fluttershy's delight. Two stallions named Party Favor and Double Diamond meet them personally, noticing that Twilight is an Alicorn princess and that they all have unique cutie marks.

Twilight asks if there has been any trouble in town lately, of which Double Diamond states there hasn't ever been any. The two stallions decide to take the ponies to meet the village's founder Starlight Glimmer.

At Starlight's cottage, the Mane Six are introduced to Starlight Glimmer, who happily welcomes any pony that wants to experience what she calls "true friendship." She explains that her village is unique in that no one has special talents. Starlight gives the ponies a tour of the village in a big musical number, during which she explains that harmony in the village in predicated on equality—no one is special, no one argues, and everyone is equal.

When the song ends, Starlight and the villagers invite Twilight and her friends to join their society and give up their cutie marks—a sentiment and philosophy that Rainbow Dash openly mocks. The others are equally skeptical, and Starlight leaves their decision to stay or not entirely up to them. As Double Diamond sees to the Mane Six's needs, Starlight walks away, eager to spread her sinister message of equality to the rest of Equestria.

Big Brony is watching you

As the six friends continue to take in what the village has to offer, Twilight finds it inconceivable that a pony's cutie mark can be taken away. Rarity is repulsed by their questionable fashions, and Rainbow Dash is uncomfortable with their constant staring; Fluttershy is the only one keeping an open mind.

The friends sit down for lunch, and a baker named Sugar Belle notices them bickering, asking if their friendship is ending. They explain to Sugar Belle that it's natural for friends to disagree; this, coupled by the Mane Six's unique cutie marks, earns Sugar Belle's interest. She asks them to meet with her in private after they have lunch. Thinking that they're being watched, Twilight and the others have Pinkie Pie eat Sugar Belle's horrible tasting muffins and nonchalantly enter Sugar Belle's house.

In Sugar Belle's basement, the Mane Six meet with Sugar Belle, Party Favor, and Night Glider, who express a great interest in the ponies' cutie marks and yearn for their own. When Twilight asks how a cutie mark is taken away, Night Glider explains that Starlight Glimmer removes them with the "Staff of Sameness" and stores them in a cavern vault.

Starlight Glimmer leads the Mane Six outside the village, pleased by their interest in the cutie mark vault. Twilight believes that the castle map brought them to the village in order to return the villagers' cutie marks. Inside a cave, they discover a large collection of cutie marks stored inside glass casings and a two-pronged staff standing upright.

Starlight asks the ponies how they learned about the vault, and Pinkie Pie inadvertently reveals that a pony in the village told them about it. Realizing that the friends' presence is a threat to her perfect society, Starlight springs a trap on them, and the villagers surround them. Using the Staff of Sameness, Starlight rips the Mane Six's cutie marks from their bodies, replacing them with black equal signs and causing the Mane Six's body colors to fade, and places the cutie marks in the vault.

With the ponies now stripped of their talents, Starlight says they'll learn how much better their lives will be without cutie marks. The episode ends on an overhead shot of the villagers standing around the Mane Six in an equal sign formation.

Twilight Sparkle: Let's go through this one more time.
Rainbow Dash: [sighs] We've been over it like a million times, Twilight! We found all six keys, defeated Tirek, and got this sweet castle! End of story!

Fluttershy: I agree with Twilight... And Rarity. And Applejack. And Rainbow Dash. And Pinkie Pie... Oh, and probably Spike.

Fluttershy: Um, maybe I'll just stay here with Spike.
Spike: Awesome! Me and Big Mac have a huge weekend ahead of us talkin' hoofball, and... And trading hoofball cards, and arguing about hoofball stats...
Fluttershy: O-o-on second thought, m-m-maybe I'd better go with them. In case they need me.
Twilight Sparkle: Looks like it's time for a road trip.

Twilight Sparkle: That's it! That's the place on the map!
Rarity: Right, let's get down there and find the spa.

Pinkie Pie: I don't like it. I don't like it one bit. I know smiles. And those smiles? They're just not right.
Twilight Sparkle: Forget the smiles. Look at the cutie marks.
Rainbow Dash: Okay, that's weird.

Pinkie Pie: Something's rotten in... whatever the name of this village is that we're in right now!

Double Diamond: Starlight, we have some new visitors.
Rainbow Dash: [to Applejack] Be ready to fight. We don't know what's gonna come through that door.
Starlight Glimmer: Welcome! I'm so pleased to have you here.

Starlight Glimmer: When the rest of Equestria sees that a princess gave up her cutie mark to join us, they'll finally understand what we're trying to accomplish.

Sugar Belle: What can I bring you? We have muffins...

Twilight Sparkle: It's a trap! 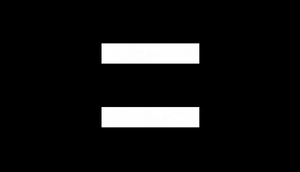