"Today's the day we are all gonna get our cutie marks in..."

"We won't even be the Cutie Mark Crusaders anymore!"

Hmm, let me think of a better name.

"But there are three of us."

"The Bowling Dolls! That's it!"

And off it goes!

Ah, whatever. It's just a game.

It's my time to shine!

Hide from the looks!

Apple Bloom looks at the pins.

Apple Bloom, trying to figure out how to hold the bowling ball.

That cannot be good for your jaw...

A testimonial for Equestrian dental health.

At least SOMEPONY got their cutie mark.

What? I'm still a blank flank?!

So, that's who they're cheering for.

"What about my ball?"

there it is making it's way to the pins...taking it's time

Didn't even jiggle the pin.

I didn't do it...
Add a photo to this gallery

Maybe I can get my cutie mark in demolition.

At least her friends are happy.

A miserable Apple Bloom walking away.

Sweetie Belle thinks she knows exactly how to cheer up a sad Apple Bloom.

A party will cheer you up!

Pinkie checking for a smile.

Her friends' attempts to cheer her up.

Blow and Pinkie checking again for a smile.

You KNOW it's bad if a Pinkie Pie party doesn't lift your spirits...

She's much too sad, that even a new hat won't put even a small smile.

Scootaloo flew for all of two seconds!

Not even a new hat will cheer up a sad Apple Bloom.

When she's a sad apple, her bow deflates.

Where are you going, Apple Bloom?

Maybe I should go back.

Maybe we should just go.
Add a photo to this gallery

"She'd be rolling down the mountain when she comes!"

So easy for a pony to have her tooth chipped?

"Well who is it that we have here?"

"Why it's Apple Bloom my dear."

Come with me, dear Apple Bloom.

"Come with me, I have just the trick, that will fix you up quite quick."

"Well, I'm gonna be as old as Granny Smith and still have a blank flank!"

"Your frustrations are well understood."

"But one must be patient for all things good."

"For your cutie mark, you will have to wait."

"We must fix that tooth before it's too late."

It instantly grows back! Looks a little freaky there, doesn't it?

Zecora, heading out the door.

What are you up to?

Apple Bloom is cute when she's in her "evil" self.
Add a photo to this gallery

This is a free period where foals can play,chat,run or do anything this time.

Those fillies are so energetic.

You wanna see something?

"Apple Bloom! You got your cutie mark."

"You got your Cutie Mark!"

Apple Bloom is so proud of brand new cutie mark!

They see me cutie markin', they likin'.

Great cutie mark, but what is it?

Puh-leez, nothing can beat our ah-mazing cutie marks!

An animation glitch - her cutie mark shifts to near her knees as she rears up.

This filly doesn't know a thing about fancy cutie marks does she?

Yahoo!She did it,she did it!

Now what are they watching?

Son. I am disappoint.

Oh, it looks like somepony failed with the loop-de-hooping.

You can get your hoop back,it's not a problem.

Not everypony has Apple Bloom's talent.

"Don’t worry, gals. Keep at it and you might get to be half as good as me!"

"You're too kind, Apple Bloom."

What a large mouth you have, Apple Bloom

Humans will never do that...

This is going to be great.

Only for advanced experts; got that, Diamond Tiara?

I will hire hitponies to deal with you.

I must go! My planet needs me!

Who knew that a hoop could lift a pony?

I guess Earth Ponies really were never meant to fly

"Ha! I guess that last trick was a lot of hoopla."

"Those cutie marks are fake!"

This is a big problem.

"Miss Cheerilee, have you heard of a pony..."

"I must say that I never have."

"Oh yeah,lets see how you do that!"

Apple Bloom cringing with the plates.

Huh? This is working?

Oh, yeah! This is my one of my very special talents to blossom!

Sweetie Belle and Scootaloo, happy for their friend.

I should take this show on the road with Pinkie's one-pony band...

She's the most special filly ever!

"All right, everypony. You ready for a real show?"
Add a photo to this gallery

The ponies are entertained by the talents that Apple Bloom displays.

I was busy, napping.

It's time for your mane to be reshaped, Twilight Sparkle!

It takes an expert to catch all those things in one time.

She gets all the attention now.
Add a photo to this gallery

Too many cutie marks!

Whoa Apple Bloom, you look bushed as a turtle, you need bed rest!

"We're mighty proud of you."

Big McIntosh after helping granny Smith with her charley horse.

"Why Apple Bloom, I think you're ready to hit the rodeo circuit right now!"

We are a traffic signal, right Big Mac?

Can't sleep with this noise.

...I told her not to use that old typewriter in the middle of the--

This is a big, BIG problem, and this is not awesome at all.

Trying the old trick of outpowering.

"I'm sorry Applejack, I have no idea how to make it stop."

... and throw her a couple meters away.

"Well I know somepony who might."
Add a photo to this gallery

Apple Bloom gets the Cutie Pox

"I was just reading something about unusual equine illnesses."

I have the book you're looking for.

Here, have a read.

"This puzzling pony plague afflicted a population of ponies back in the paleopony period!"

"Random cutie marks appeared all over the ponies' bodies, causing them to perform all the talents that came with them!"

I'm juggling and I can't stop.

Apple Bloom is shocked that she was able to speak French, perfectly.

Yikes! This is a REALLY BIG problem.

"Zecora!"
Add a photo to this gallery

Oh, dear. This is not good at all.

Where are you taking me, cutie mark?

The Birth of Venus. Pony version.

Let me play you the music of my people!

Lions got nothing on Apple Bloom!

Somepony has to be mad to have lions around Ponyville.

Dang Nabbit! I should stick with golf.

I believe I could fly!

"She just has some weird mysterious disease with no known cure called cutie pox."

And all was just silence.

Well that was unexpected.

"I thought I had removed their fear, the last time that I visited here."

"But doors are barred and shutters shut, guess I should've stayed inside my hut."

Was your zebra sense a-tinglin'?

"My 'zebra sense' did not bring me round, it was a special flower that I needed found."

"I thought I picked enough to fix all the potions I had to mix, but after my visit from Apple Bloom, some had mysteriously left my room."

With all that strength, Apple Bloom should have already been in the Equestrian Games.

"Apple Bloom! What do you say? Did this flower just walk away?"

She must be hiding something.

I'm cleaning your windows up.

"Good thing we listened to the CDC and prepared for a nuclear attack."

"The seeds of truth do hold the cure, but one must speak words, ..."

Tell them what you did, Apple Bloom.

Plant the seeds as fast as you can.

And then Apple Bloom became a tornado.

She just became a tornado.

CDC fact: Only two in three ponies is adequately prepared for the hydrogen bomb.

I am not wearing my hat.

Why so nervous Pinkie? Do you have something to hide?

Why isn't it growing?

And the truth is told.

"I figured the Heart's Desire would..."

"...I mixed up a special potion and put the rest of the Heart's Desire in it!"

The plant that grows from the Seeds of Truth.

Everypony oohs over the flower, which has just grown to the extent that it appears.

Yes! I have been cured.

"I'm great, and I've never been happier to be a blank flank."

"But I'm awful sorry I lied, especially to you gals."

"I was so desperate for my cutie mark, I just got carried away."

"And I'm really sorry I snuck those flowers from you, Zecora. I- I wouldn't blame you if you never wanted me to come by again."

"You are always welcome, my little filly."

"With each mistake you learn something new, ..."

"Apple Bloom, would you mind writing to Princess Celestia and telling her what you've learned?"

Apple Bloom tells the lesson that she learned after all the cutie mark madness was over.

The letter is sent.

"I sure am proud of you, sis. Seems like you finally learned the importance of patience."

"All good things come to those who wait."

So much for being patient.

"So what are we gonna do today to earn our cutie marks?"

"Well, I was thinking, for a pony who's never mixed up a potion before, you sure stirred up something fierce."

"Yeah! So, what if your talent is potion-making?"

"Oh my gosh, totally! Let's go talk to Zecora, now!"
Add a photo to this gallery 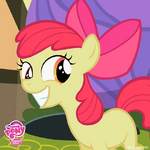 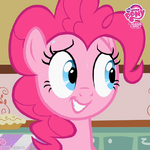 Add a photo to this gallery
Retrieved from "https://mlp.fandom.com/wiki/The_Cutie_Pox/Gallery?oldid=2185565"
Community content is available under CC-BY-SA unless otherwise noted.