Unicorns are one of several kinds of ponies that live in Equestria. They are characterized by their horns and their ability to perform magic.

Unicorns were introduced after Earth ponies in the original My Little Pony toy line. In previous animated series, they possessed the ability to teleport magically or "wink out", with some also displaying apparently unique magical abilities.

Unicorns originate from the writings of the Hellenic Period of Greek history. They were considered to be part of India's native fauna. During the Middle Ages, unicorns were linked to several animals, among them the rhinoceros, the oryx, and the mammoth. According to medieval legends, unicorns permitted virgins to ride on their backs, while subsequently killing impostors. In modern times, unicorns have become associated with magic and beauty. Monoceros (Latin: Unicorn) is a constellation in the celestial equator, and one of the 88 modern constellations.

As the name suggests, all unicorns have a long horn protruding from their forehead which glows when their magical powers are used. Although they are associated with their magic, a unicorn's horn is strong and sharp enough to have mundane uses. In Call of the Cutie, Royal Pin uses his horn to pop balloons, and Twilight Sparkle uses it to charge an opponent on several occasions.​[​specify​]​ In My Little Pony: A New Generation, unicorn horns look longer and pointier, and now have ornate markings on them, unique to each specimen.

Twilight Sparkle and Rarity are often seen using their intellects to compensate for their lack of physical strength, such as when Twilight earns fifth place in the Running of the Leaves in Fall Weather Friends and Rarity overcomes her captors in A Dog and Pony Show. Spike states in Boast Busters that he "thought unicorns were only supposed to have a little magic that matches their special talents!" This makes unicorns like Twilight Sparkle and Trixie unique for having a talent that is magic itself. However, both Rarity (in The Cutie Mark Chronicles) and Twilight Sparkle (playing the role of Clover the Clever in Hearth's Warming Eve) have stated that unicorn magic itself does not happen without reason.

Unicorn magic has been cancelled out at least six times in the series. The first is when Discord removes Twilight Sparkle and Rarity's horns in The Return of Harmony Part 1. In Ponyville Confidential, Sweetie Belle simply kicks Rarity's horn to cancel out her levitation spell instantly. In The Crystal Empire - Part 1, King Sombra nullifies Shining Armor's magic by cursing his horn with black crystals. The fourth is when Rarity stops her haywire magic in Princess Twilight Sparkle - Part 1 by licking her hoof and touching her horn, dispelling the magic in a manner not unlike snuffing a candle. In Testing Testing 1, 2, 3, Rainbow Dash simply touches Twilight Sparkle's horn to cancel out her levitation spell instantly. In To Where and Back Again - Part 2, Queen Chrysalis's throne allows her to cancel out non-Changeling magic, including unicorn magic. The other pony races generally have difficulty competing with a unicorn's magical talent, as seen when Trixie easily bests Applejack and Rainbow Dash in a show of skill. This causes Rarity to state that only another unicorn could put Trixie in her place, although Twilight Sparkle is the only unicorn present able to outdo Trixie. Magic can also be affected by the state of a unicorn's horn, such as Tempest Shadow's magic becoming harder to control after her horn breaks off in The Stormy Road to Canterlot.

Faust intended Princess Celestia and Princess Luna to be the only Alicorns.[1] They are called unicorns in the prologue in Friendship is Magic, part 1, and Luna is called a "Pegasus unicorn" on Hasbro's My Little Pony Facebook page.[2] On merchandise, the princesses are called "Pony Princesses," including Princess Cadance; in A Canterlot Wedding - Part 1, Twilight Sparkle contrasts Cadance being a "princess" with herself being a "regular old unicorn"; the script for A Canterlot Wedding - Part 2, when naming Queen Chrysalis for the first time, refers to her as a "pegacorn". Despite these other terms, storyboard artist Sabrina Alberghetti calls the princesses "alicorns".[3][note 1]  In Magic Duel, the word "Alicorn" is used for the first time in reference to an amulet depicting a Pegasus unicorn. Twilight Sparkle's transformation and subsequent reappearance to her friends in Magical Mystery Cure is the first time any character is directly referred to as an Alicorn in the show.

Lauren Faust has stated that Earth ponies and Pegasi have passive forms of magic, but unicorns can actively perform magic.[4] In retellings of the history of Equestria in Hearth's Warming Eve and Horse Play and in The Journal of the Two Sisters, unicorns controlled the sun and moon before the rule of Celestia and Luna.

A common ability among unicorns is using telekinesis to levitate or move objects, as seen with Twilight Sparkle, Rarity, Trixie, and various background unicorn ponies. The ability to cast other spells varies widely and sometimes depends on the unicorn's special talent. Unicorn magic requires concentration and effort, as Twilight explains to Spike in Feeling Pinkie Keen and to Apple Bloom in Call of the Cutie. In Lesson Zero, Twilight says she needs a line of sight with an object to undo the spell she cast on it.

When unicorns cast magic, it produces a colored aura around their horns and any objects their magic affects. The color of the glow is different among individuals, usually matching the color of their eyes[5] or a prominent color of their cutie mark. This color is distinctive to each unicorn, and changes in this color can indicate when something is amiss,[6] such as changeling magic or being corrupted by a magical object.

However, some characters' magical aura matches neither their eyes nor their cutie mark. This is the case with Trixie, whose magic aura is pink while her eyes are purple and her cutie mark is mostly blue or blue-gray.

During season one, the colors of individual characters' magic auras were often inconsistent from episode to episode; for example, Princess Celestia's magical glow varies throughout season one but is consistently yellow in Lesson Zero and A Canterlot Wedding - Part 2 as well as in season four's new opening sequence. Rarity's aura is blue in most of her appearances, but it is pink in Look Before You Sleep.

The episode Baby Cakes features a little baby unicorn named Pumpkin Cake, the daughter of Mr. and Mrs. Cake, who uses her magic unexpectedly when Pinkie babysits her and her Pegasus twin brother, Pound Cake. Rarity cautions the other ponies at the beginning of the episode that "baby unicorns get strange magic surges that come and go," and Pumpkin Cake experiences these surges when she's able to use her magic to teleport, walk through solid objects, levitate herself and other objects, and break the locks and chains that Pinkie put around the toy chest.

Canterlot is mostly populated by unicorns in all of its appearances. Notable exceptions are Hoity Toity and Princess Celestia's pegasus pony guards. Ponyville has its share of unicorns, more or less equally with Earth ponies and Pegasi, which is brought up by the Cutie Mark Crusaders in Flight to the Finish. During Applejack's visit to Manehattan in The Cutie Mark Chronicles, unicorns are only seen as waiters and the rest of the ponies there are Earth ponies. Unicorns are not ordinarily present in Cloudsdale, but Twilight Sparkle casts a spell on herself and her friends that allows them to walk on clouds and attend a competition in Cloudsdale in the episode Sonic Rainboom.

By the time of My Little Pony: A New Generation, the unicorns have all relocated to a crystal-strewn forest known as Bridlewood, with many of their houses being built into the trees. 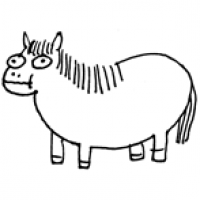 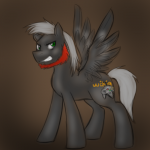 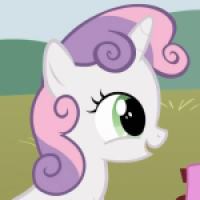 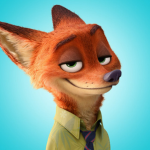