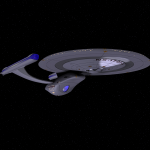 About me and FiM

I started not even knowing what FIM is.  You can imagine my shock in realising that I've become a Brony!

Seriously, it was a shock and I'm still not sure that I can believe that FIMFiction.net is my most visited website! Honestly and truly this show is insidious and it's got me under its' spell!

Oh, FWIW? That guy to the right is my self-insert OC, Fanthinker. Like me, he's a fairly uninteresting and unspectacular guy who loves grabbing hold of obscure bits of trivia and creating wild theories to explain it away. He also likes dreaming up epic ideas for fan-fiction... and then failing to have enough discipline to write them!

Alicorn - Because of all the tribes, they fascinate me the most

Episodes - Because the show is what this is all about, isn't it?

Sunset Shimmer - Potentially one of the best characters in the franchise.

Human Twilight Sparkle - Proof that the EqG characters don't have to be human copies of ponies!

Emoticon List - Just in case I ever decide to start using them rather than generic SMS emotes ;-)

After more than a year of trying, I finally got my The Magic of Friendship platinum badge on 10th January 2016! Woohoo!

Why more than a year, you ask? Well, as it happens, I missed a day when I was about half-way through the achievement the first time around. You can well imagine the cursing and swearing that was heard at Casa BenRG that night...

Just a little something to remind us... that Friendship is Magic!

Retrieved from "https://mlp.fandom.com/wiki/User:BenRG?oldid=1943934"
Community content is available under CC-BY-SA unless otherwise noted.