Hello all! For those who actually wonder about me I will state all about my opinions on My Little Pony: Friendship is Magic and even say a bunch of other stuff that may or may not relate to the show.

First off: How I became a brony. I first heard about the show in 2011 and I personally rejected it, because I wanted to preserve my masculinity. Now, I enjoy shows such as the Powerpuff Girls, but I know that a lot of other guys like that show too. So let's fast forward a lot to the summer of 2012. My brother was watching MLP when I walked in (the episode was "Hearth's Warming Eve") so I tried to watch a little bit of it. I could not understand any of it, so I told him to turn it off. So he did and I forgot about the show for a little while.

Then jump ahead to November 2012. During one of my midnight boredom sessions I decided to watch an episode for the heck of it. By that time I had at least learned the names of all the main 6 ponies (but for some reason thought Spike was Rarity and vice versa) thanks to the Internet. The first FULL episode I had watched was "The Last Roundup." I watched it and ended up realizing how good it actually was. Then the next few weeks went by and the episode "One Bad Apple came out. I watched it and during the "Babs Seed" song something clicked for me and I knew that I had become a brony. I realized how good all aspects of the show were: the voice acting, the animation, and the writing are only a few of the components that make this show one of the best I have ever seen.

So that's my history of becoming a brony. Hope you enjoyed my little story! Now randomness time:

I occasionally make emblems on Black Ops 2, and pretty much all of the time, they are pony-related. So enjoy!

Pinkie Pie in a chicken costume (from Luna Eclipsed)

Applejack (without her hat)

Apple Bloom (2nd attempt, from the S4 animatic at SDCC)

Pinkamena (or crazy Pinkie Pie, whatever you prefer) 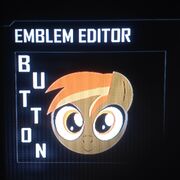 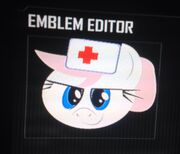 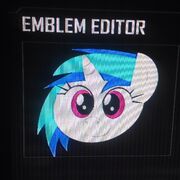 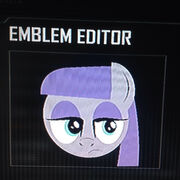 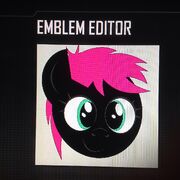 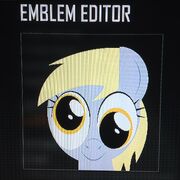 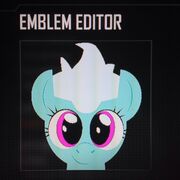 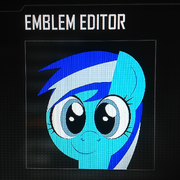 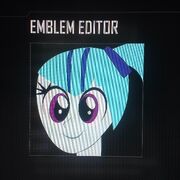 Now I have made my own OC! His name is Bell Ringer (so imaginative). So, yeah, this is what he looks like: 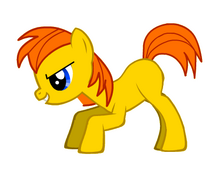 Bell Ringer (drawn by Crystal blue 100, with his cutie mark) 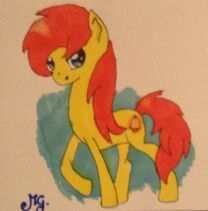 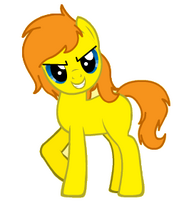 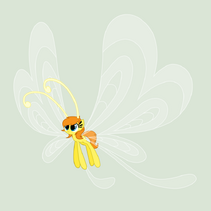 Bell Ringer Shaking GIF (made by Amelia The Writer) 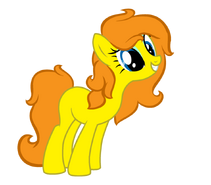 Bell Ringer genderswapped (made by Amelia the Writer) 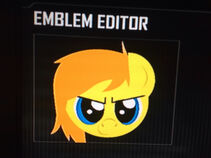 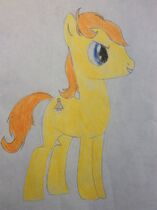 http://imgur.com/jylZmHq Never walk in front of me, or this happens

http://imgur.com/PX8lAEr It's true, you know

http://imgur.com/WLOoIgJ Apparently, money is not compatible with my computer

http://imgur.com/fqJBikH The most epic argument ever

http://imgur.com/bjDtSyQ I'm not sure if English is a computer language...

http://imgur.com/tkil5il EHAN is now its own country, where the weather is nice and the country is run by

http://imgur.com/DvN3Z32 I never said this

http://imgur.com/FD6LNYL What if Sea and Ehan did ballet together

http://imgur.com/GHPpSa8 Is this a reference to something

http://imgur.com/UMJ0nbC And a link to the blog in all its glory.

http://imgur.com/Pai8bGX I have no idea if this was even planned I just joined in

http://imgur.com/agDU9FD Quote of the century

http://imgur.com/tj1aJDD Bos married the ocean once

http://imgur.com/l46JoOJ On a side note, Sarah finds Garbodor hot

(I'm not ripping off of Filly Please I swear

Aside from being here, I am a frequent user on these sites:

(Please note: many of these sites will not follow the same rules and guidelines as our wiki, so take caution when journeying to these other sites)

Community content is available under CC-BY-SA unless otherwise noted.