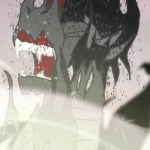 Many of you might have known me as Ghostkaiba297 before, but I changed my name to KillRoy231 because I don't want to overshadow the Yu-Gi-Oh character Ghost Kaiba, and be the first thing people think of when they see the character. (I am a lot like Fluttershy sometimes)

I first started watching My Little Pony on September 18th 2011 at the suggestion of my friend Sir Tonikoos (known as Screwball on Everfree Radio), on the same day as I watched Hannibal Lecter for the first time.

My most favorite voice actor, incidentally, is Scott McNeil, who plays Chief Thunderhooves, Rover the Diamond Dog, and Flam. (The story of how he became my favorite VA is long, and was a direct result of recovering from the "disease" of people misjudging shows with a set of female protagonists, in this instance, Sailor Moon, because it led me to Monster Rancher where he does four distinctly different voices there, three of which are Moo's top male minions)

Also like the Dobson brothers, who as of Campfire Tales and the movie, have all done voices in MLP.

It's hard to choose favorites of the Mane 6 because I like all of them. First and last will be tied:

Again, it's hard to choose between them

First six are high for their epic battles and sinister nature proving how intense this show can get, except Discord who is fun to have around.

I also removed Equestria Girls villains from this because I don't have much interest in it anymore except for Sunset, post redemption, as a villain on this life she would be below Neighsay, with only Principal Cinch below her. I'd put Gloriosa Daisy between Cozy Glow and Neighsay, Midnight Sparkle and Wallflower Blush between Tirek and the Pony of Shadows, and the Dazzlings between Discord and Tirek, I used to love their songs and kinda liked Aria and Sonata in their own way. I didn't include Juniper Montage or Vintage Vignette (is that her name?) because I haven't seen the episodes she was the villain of.

I didn't used to notice them much until I did my own transcripts for the movies and villain episodes, plus Thanos's Black Order in Infinity War reminded me of them.

My favorite griffon is Gallus. Second is Gustave, though Gilda's reformed and we also have Gabby now

Favorite is Ember, then Smolder.

Ocellus, she's cute and reminds me of Fluttershy

Silverstream, she's more fun than Pinkie Pie has been lately. Second favorite is Sky Beak, coz Brian Dobson does his voice

My top 20 favorite episodes are:

For the full episode order, see this blog. (Note: Largely un-updated from last time, there will be inconsistencies between that list and this one, take the one on this page as current)

These have been moved to my blog.

I'll shorten this from what it said before. I used to get along well with most users here, until debates over the status of two villains caused some tension, and when people raging at Alicorn Twilight and making accusations toward Hasbro caused me to lose the positive energy the show once gave me, then I got into more disagreements with other users who are either annoyed by my interests or want Chrysalis and Sombra to live. Some of my comments and blogs have made me come across as "attention-seeking" even though it was not my intention, and some users here even think I'm on drugs (which, for the record, I'm not).

As for the positive, quite possibly my best friends here are:

There's no need to name users I got into disagreements with, and I wouldn't call any of them enemies. One of them seems to be a good friend now, but he really doesn't like other users mentioning his name. He probably knows who he is, let him know I count him on the list now

Now, the last time I expressed my honest opinion of something and searched for like-minded people, it didn't turn out so well. But, things seem to have settled down in that way so I have returned here, but will keep mention of Chrysalis, Sombra, villain defeats, tails, and blushing to a minimum. I am starting to feel part of the community again, and I think everything of the past has finally blown over.

I loved Seasons 1-6, or at least most of them, and in Season 3 and 6's case, a good chunk of them. Season 7 wasn't great, but not terrible either, just meh. I didn't like most Season 8 episodes, but there were a few decent ones. I'd ignore the whole season if I didn't like Silverstream and Ocellus so much, but I have decided to acknowledge all of Season 8 EXCEPT the following.

These are the episodes of Season 8 I truly found enjoyable: (any I found "all right" and such can be viewed on this blog)

Though, Fake It Til You Make It and Horse Play have their moments too.

Undecided on The Last Problem, but Twilight and her friends seem perfectly fine with the arrangements and I read a fanfic on fimfiction I can put in my headcanon so Twilight won't live eternity without her friends, or even outlive them (nor does Discord have to outlive Fluttershy).

I'm not feeling a whole lot of love for Equestria Girls, except Sunset Shimmer. She's my only attachment to it, maybe Wallflower Blush too despite what she did to Sunset. (It's like she's Wave and Sunset is Tails) But I'm not going to ignore it entirely, just most of it except:

While Spring Breakdown will definitely NOT make this list, mainly for its portrayal of Rainbow Dash (even though yes, Sunset started out as a villain too), it did have one bit of redeeming value for me, Twilight mentioning the Storm King being "destroyed".

Sunset's Backstage Pass, despite the Groundhog Day time loop, once again they were repetitive with the villain pattern, and bringing back the Dazzlings (debunking my headcanon) seemed pointless coz they weren't reformed but weren't a threat either, their presence really served no useful purpose.

Holidays Unwrapped, there was a moment with Sunset but I don't think it was enough, though admittedly I haven't seen any other parts of it aside from a pic of their cornucopia costumes.

I also wanted to go with the Choose Your Own Ending, Inclement Leather, with the Vignette Valencia ending, if only because of the show, for the first time, lampshading a popular Rarity meme whose repeated instances past Season 1 show that they have the fans in mind. I found a gaping plot hole in Lyra and Bon Bon being in a different spot when the rain stops here as they are when it stops in Let It Rain, so it can't be canon, but that doesn't matter - in this case it's the thought for the fans that counts!

If you want to see my various headcanons, visit this page:

Many of them are death-related, but not all of them.

MLP is one of my favorite shows, but I'm not sure I can call myself a "brony" if I'm not hardcore enough to go to conventions or get the plushies and stuff.

I've also seen all episodes of G1, recognizing it is the most hardcore TV cartoon of its time because it has some dark villains, and actually killed some of them (most notably Tirek on both counts - he's how MLP began as a TV series!).

Before I discovered the show, I was always pessimistic, negative, and depressed all the time (nothing too serious though). MLP gave me positive energy that seemingly transformed me forever. Alas, this was not the case, as I reverted to my original self after the rage for Alicorn Twilight broke MLP's spell over me. (The most joy I'd ever felt for a long time was when Sombra was killed, until the status debate started) I also have an extreme intolerance for excessively long waits, which can drive me nuts (especially the Deathly Hallows), partially because I think I might die before something I'm waiting for that's years away, or else the world might end or collapse before then. I also have low self-esteem, am insecure about my unusual interests, and I'm getting old and increasingly tired.

On a positive note, I got to talk to Michael Dobson once. Cross my heart and hope to fly, stick a cupcake in my eye. (pinkiepie)

I waited 7 years to see Thanos and Chrysalis defeated, and they both did get their final fate in 2019. Now enjoying a life where I don't have to wait for that.

Here's the code for an expandable table, incase the mention of it on the Chrysalis section gets moved far away (which is likely to happen if she returns). I'll check Source Mode to get this. (if I find out where the Sandbox is, I'll move this there)

Retrieved from "https://mlp.fandom.com/wiki/User:KillRoy231?oldid=2147218"
Community content is available under CC-BY-SA unless otherwise noted.