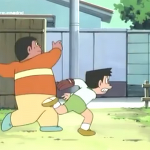 334 Edits since joining this wiki
March 11, 2015
Hi. I'm Suneo. I usually edit "international version" pages and add songs or links of different languages here. I like MLP and besides bronies I am a part of the Harry Potter and Doraemon fandoms. That's all. See ya.

Pointless facts about me

Retrieved from "https://mlp.fandom.com/wiki/User:SuneoDash?oldid=1778475"
Community content is available under CC-BY-SA unless otherwise noted.