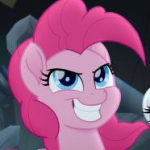 Hello. I am TheGuineaPig45, a semi-active member of the wiki and a My Little Pony fan since 2014, thanks to Ballad of the Crystal Empire. It was the first My Little Pony song I ever heard, bringing about a love for the show, its music, and characters. The peak of my activity here was definitely from 2014-17, but I still watch the show regularly and try to pop in from time to time. When I'm not helping out on the wiki, I'm following my two passions: writing and acting.

If you would like to contact me, please do so on my talk page, since you can always find me there.

Also, you can find me at http://www.fimfiction.net/user/TheGuineaPig45, where I occasionally write stories.

I'm a big fan of the music in the show. In fact, the music is what got me into the show in the first place! I think the best songs were definitely in Seasons 1-5. Seasons 6-8 had a bit of song quality decline from my perspective, but Season 9 has been killing it.

I'm not going to list every song I like, cause that would be a long list, but if there's a Pinkie Pie, Adagio Dazzle, Sunset Shimmer, or Cheese Sandwich in it, you can probably bet its in my top 50.

I typically like most episodes of the show. There are VERY few I dislike. My least favorite is Dragon Quest, and I don't particularly care for What About Discord either.

From February to April 2015, I made a MLP Song Game on this wiki. Here are the links to each round:

The Winner: Announced on April 3rd.

A long, long time ago, I hosted a game on the wiki called Pony Arena. There's an archive here, if anyone wants to look back at that crazy wiki time.

Retrieved from "https://mlp.fandom.com/wiki/User:TheGuineaPig45?oldid=2099162"
Community content is available under CC-BY-SA unless otherwise noted.