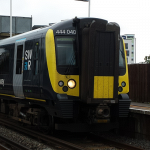 aka TRM or William

Hello FIM fans! My name is William and I normally contribute on the Thomas The Tank Engine Wikia.

Here is a bit of info about me below.

Anything to do with MLP FIM:

All my favourite locations in Equestria:

All the songs I enjoy listening to:

Characters who I think have the best voices:

My rankings (star out of 5) for every MLPFIM episode and special. all episodes are listed in production order. 5 is great, 4 is good, 3 is decent, 2 is a meh, and 1 is bad.

Retrieved from "https://mlp.fandom.com/wiki/User:TheRailwayMaster?oldid=2149698"
Community content is available under CC-BY-SA unless otherwise noted.