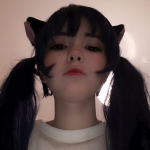 We're actually quite close to each other. I'm probably a few hundred kilometers west from there. Have a nice day =)

You were banned from chat for the following reason: Internet connections which was causing trouble in the chat. Please contact a admin to remove your ban when you fix your connection.

Banned again for the same reason. You've been constantly disconnecting and reconnecting all day. Please contact an admin or chatmod to get yourself unbanned. --Kinrah 19:30, February 7, 2012 (UTC)

You were banned from chat for the following reason: Again your connection was causing flooding in the chat.

I issued you a two hour ban for posting a major cuss word in chat. I made it a short ban because you didn't technically say it, but did post a link with it and used Flutterbot to get around it. I think you knew better, and this may have been too harsh, but I hope you understand.

I'm not sure if it was an accident or not, if you'd drop me a message on my talk page explaining what happened, I'd probably lift the ban (assuming the circumstances warrant it). I had just joined the chat so I didn't have the context, but that doesn't mean that it's any less appropriate.

Wanted to stop by and wish you a happy Halloween partner! (   DCLXVI Rebels of Discord I don't get it

I don't get why ur so against me. What did I ever do to you? Retrieved from "https://mlp.fandom.com/wiki/User_talk:Aphelion112?oldid=1798551"
Community content is available under CC-BY-SA unless otherwise noted.