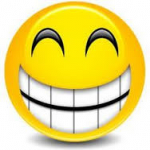 So, the first (and so far only) thing that you do on this site is a brief jet of flame at the character of Twilight Sparkle. Got any other plans for your time here?

Hello, Bluethunder25. This message is in regards to your blog post "Twilight Sparkle Can Go To Hell!!!"

Your blog post was initially deleted for what I perceived to be inciteful commentary and flamebaiting/hatemongering, but it was restored soon after by another admin who disagreed with my reasoning. Despite my sharply different views on what your post presented, I allowed it to stay up; I thought maybe you'd follow it up and make your case with logical, rational arguments.

Once it became clear, however, that my original reasoning was correct and your blog post was little more than an excuse to spout venomous, irrational rants toward a fictional character, I deleted it again. Your opinions about the characters are your own, but opinions as strong as the kind you feel about Twilight Sparkle are hardly appropriate on this Wiki. I suggest finding a more appropriate website to voice such thoughts.

I'd have commented on your blog, but if I said what I'm about to say in comments, it'd just get deleted due to history of me talking about it too much in the past.

While I'm inclined to think that the Dazzlings aged into dust without their pendants (which were the only thing that kept them alive as humans for over a thousand years), I really would not mind if they came back for redemption. Of course they wouldn't be able to sing anymore, but I always did kinda have a soft spot for Aria (I once wrote a story shipping her and Vaati from the Zelda games, though I haven't posted it online anywhere), and like you said Sonata didn't seem as sinister either, with a similar personality to Pinkie Pie. Sometimes listening to Shine Like Rainbow I kinda feel sad they're gone, even though what I suspect is my favorite kind of villain defeat, I'd much prefer their return and redemption over Sombra or Tirek (even though the former already happened in the comics).

And of course if they did return, no one except Twilight and the Rainbooms would forgive them until they help defeat the next villain or stop the next disaster, as we saw with Sunset. KillRoy231 (talk) 00:07, April 10, 2017 (UTC)

You've been blocked for a day for continued inciteful/flame-baiting behavior and pseudo-vandalism. I understand you don't like Twilight Sparkle, but spamming inciteful comments and inserting fake quotes is nonproductive. Please refrain from further behavior after your block has expired, or the next block will be longer. Thank you.

Bluethunder25, please either give your one-person Twilight-hate party a rest, or take it somewhere else. Otherwise, you will be blocked again for continued inciteful behavior and comment spam. Thank you.

Retrieved from "https://mlp.fandom.com/wiki/User_talk:Bluethunder25?oldid=2034925"
Community content is available under CC-BY-SA unless otherwise noted.