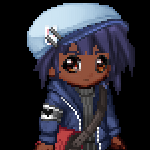 Welcome to the Friendship is Magic Wiki, Bunai82!

Please have a look at the beginner's guide if you are new to editing wikis. The contribution guidelines and the wiki overview will help you find out about this wiki's policies and conventions.

Need help? Stop by the forums, where you can get in touch with the community. Feel free to contact me or a different administrator for any reason. On talk pages, it is helpful to sign your name after your message.

Wikipedia has a policy to avoid in-universe perspective, speaking as if fiction is real. To avoid in-universe perspective, I generally try and avoid using the past tense when I can. In the sentence, I changed 'appeared' to 'appears'. I double checked and this is used in other articles too. The other changes in the sentence, like adding Silver Spoon, have nothing to do with this. PunchinPaul 19:53, December 31, 2011 (UTC)

I only came in with first episode of season 2. I collected the G1's. Sadly, I moved and left the collection behind. Old habbits die hard though; I picked up a G1 a few months ago at a car boot fair. I used to pick them up from charity shops and other such places when I found them. ^_^' One-Winged Hawk 20:20, January 29, 2012 (UTC)

I believe I had; Bunkie, Windwhistler (for some reason this was my favourite and the4 only one apart from Majesty I didn't have to look up for that reason), Baby Soft Steps (this run of ponies were pretty lame looking), Shaggy, first tooth baby Lickety-Split, Sunlight, Sugarberry, sweet tooth, applejack, Up, Up, and Away, Stardancer, Shady (look out for this one, its P-R-E-T-T-Y), Sky Dancer (one wing broken thanks to bro accident), floater (note; the secret message ponies messages wore out over time), Lemon Drop (had the stable, but it broke), Cherries Jubilee, Twisty Tail, Posey, Starflower, Majesty (a MUST have for any collection) and many others I can't even remember.... Including a sea ponies adult and baby. Now I have just Sundance, who wasn't part of the collection I had, I left behind when I moved out of my dad's house, they were left behind because no one would help me to get them down (it was a 2 person job to go up). I left because of abuse so I'm not going back... I'd love to get them back.

Found the names of two more I had Baby Mischief and Baby explorer, who I remembered only after I saw her picture (the set they were from was a pretty set, prob. the prettiest of the G1 baby ponies). One-Winged Hawk 16:01, February 1, 2012 (UTC)

I wish my bro had gone up in the loft to retrieve them the week I left home. Most of my Pony collect days were over by year 6 so most of what I had came from the first 5 years. There is only 1 from the latter years. I left home because of abuse, the week I went my dad sat in his bedroom guarding the loft. I couldn't go get them and the entrance was in his room. I might not be able to retrieve them now for years. Actually, this was the ultimate fate of my Vocaloid Lola. I did get her done briefly, but she was buggy with Windows 7 so I threw her back in there. I somewhat regret it as I couldn't get her out either.

Hmm... Yellow hair and white body with pegasus wings? Was it Surprise? Thats the only one I know like that off by heart from G1. Odd thing is I saw some G1's for £8 at a con in the Excel centre once a few year back. I couldn't remember what I didn't have to buy any more.

The G1 ponies were better then some of the other generations, even the current one I'm not so sure about. I'm not talking about the show, the show is fine, its the models. Their better looking though then some of the 3.5 gen. ones, who just look too freakish to be cute and G2 doesn't look right either. G3 was the next best generation in my opinion, not G1 was better but when you looked at them they had the right mix of cartoonish looks and realisim some of the generations don't have. One-Winged Hawk 16:23, February 8, 2012 (UTC)

I doubt I'll get them back for at least a decade. Honestly because of the circumstances behind my departure from home back in June last year, I'm not getting anything I left behind back in a hurry. My whole childhood is in my old home... It feels like my dad is holding it hostage. I mean it when I say it, I can't get anything back until my dad actually kicks the bucket. And thanks to UK law change last year, my bro won't automaticcally inherit my dad's counsel house. When my dad dies my bro will be kicked out of that house so they can move another family in. I don't know how much time he'll get but theres an awful lot of stuff to sort out and its likely I wil be left with a "grab and run" situation about it.

Waiting for someone to die sounds really bad, but I wasn't living under nice conditions when I lived in that house. The fact I can't get them though is the only thing making me unhappy right now about my new found freedom. >_< One-Winged Hawk 18:56, April 3, 2012 (UTC)

Retrieved from "https://mlp.fandom.com/wiki/User_talk:Bunai_Di?oldid=1966681"
Community content is available under CC-BY-SA unless otherwise noted.