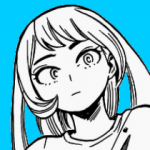 Hey there and welcome to my talk page!

I really enjoy getting messages, so please feel free to leave a message about anything, even if its just to say hi! I will reply to your message on this page, and I will try to reply within 24h. I do also appreciate it if you sign your posts with ~~~~ as it makes it easier to see who is sending the message. Thanks and happy editing!

I just wanted to say that in order for things to be transparent and fair, like everyone else - I am posting this on your talkpage. I noticed that with the dispute over Jay's ban, you refereed to the mods as corrupt in the main chat and I'd ask that you don't do that. It adds fuel to the fire and it'd be much more helpful if you'd just ask me to get involved and look into it instead and that being the only action you take.

I hope the flight went well.

Hey Feesh, on the forum you said you'd get in touch with Wikia, I just wanted to check if you'd been able to do this and if they have replied, what they've said?

I did and I got a reply - they removed my rights. Apparently Ozank already had his removed a while ago. Matter is all sorted.

No worries, have you deleted discord?   343TheGuiltyProphet Hi Feeshy. Thanks for caring about me but I sadly won't be back for a while, although I definitely will come back soon™. There's no real reason behind this, I just felt a bit overwhelmed and decided to take a break. I won't go into further details because talking doesn't change anything, actions do. Tell everyone I love them. (heart)

Why did you want to close my blog?

Hey Callofduty4. I'm Julia from FANDOM's Community team. By now you may have seen our announcement about Wiki Modernization and how we're using featured wiki videos to reduce the number of ads on the site and improve the performance of all FANDOM wikis.

As we move forward we plan to have wiki videos in many communities, with MLP wiki being a candidate for videos. If you are interested in which video types we might use you can find some great examples in this blog post. We are working on several ways to involve users in the video creation and script writing process. If we start producing videos we may reach out to you, other admins, and users if we think you can be involved in the production. At that point we will provide further information.

Dude, Im still waiting for you to make me those gifs I asked you in dm of the discord.

So I was told to come confirm my identity on Discord to you, and since I'm very new to this whole Discord thing I don't know how much to do that. Let me know how (maybe just this message will do that) and I'll do what I can. Thanks!

I just got banned from Discord by Nova for a very poor reason. Yesterday, he's been so foul mouthed, and hit me like he was thinking I'm better than god. That just caused me anger and asked him to better apologize, and stop. Instead he just banned me for few hours for been rude. This just made me depression for a while. Today, I asked him again for apologize for it, but he banned me again for no reason after stating " You better take a rest, Harry " instead of not giving apolgise. I think he better should know how to treat, and respect others as he aleady breaking one of your rules. I can't believe he's just a chat moderator with poor attitude. That also includes ChinChow, Crimson, and Thundermare.

Sorry to jump in, but from what i have heard, you got angry at everyone because no one got an MLP reference you made in the chat. Nova had told you to calm down, but you decided to go off at him, resulting in you getting banned. You then made a sock account called The Suicidal Chair#7436 in order to try and talk to Nova. Harry, you need to calm down in future before getting angry for whatever reason, and you should never make a sock account to jump on the server when youve been banned because you didn't do the right thing. Stop leaving things out of the story that happened. You will be able to jump back on the server after your ban expires. Blocked by an extension hook

Temluis was caught by an abuse filter. The edit has to be reviewed in the Abuse Log and if it is a false positive, we need to patch it or use some way to snuggle the tripping word through the filter (maybe with percent encoding). Vengir (talk • contributions) 05:43, September 18, 2017 (UTC)

Temluis is trying to add the word "bitch" which is causing the vandalism filter to trigger.

So where have we landed on the implementation of Discussions? Because that forum thread's been inactive for almost 10 months.

Hi Impy, I'm gonna close that forum as it was superseded by a newer one that has already been archived prior. Thanks for bringing this up!

I recently noticed that you placed a block on our Wiki for "intimidating behaviour and harassment" and I know VSTF don't do that sort of thing and I've had this verified. IP's also cannot edit on our Wiki. I know this IP belongs to an account that has been blocked globally and is a known sock. But the last block on any account occurred September 2018 (please correct me if I'm wrong) so this random block seems a bit late/out of place.

I'm not sure if you just put "intimidating harassment/behaviour" because it was easier or something because if it was for that reason, it doesn't come under VSTF purview and so obviously, we just want to check.

It is probably VSTF related, but we just wanted to double check on our end.

I thought as much. Thanks very much.   343TheGuiltyProphet

Retrieved from "https://mlp.fandom.com/wiki/User_talk:Callofduty4?oldid=2052891"
Community content is available under CC-BY-SA unless otherwise noted.