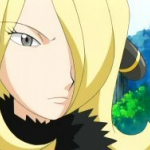 Welcome to the Friendship is Magic Wiki, Cynthia149!

if you added pipsqueaks trivia dont do speculation, unless we KNOW its a pie cutie mark, dont add it.Mylittlewut 15:52, October 22, 2011 (UTC)

Ah, hun dont be mad. Whoever blocked u is an idiot! u just said Trollestia

Don't re-add trivia that has been removed

Don't re-add trivia that has been removed. And please read the guidelines for adding trivia. The reference has to be very specific. Not a broad generalization. There is no evidence at all that there was any intended pokemon reference here. So it is not legitimate trivia. EquZephyr 18:05, December 10, 2011 (UTC)

This is a matter of personal preference, but can you please not use the term "form"? It's completely superflouous and makes the description sound childish. "Twilight's child form", "Spike's adult form", "Twilight's parents' plant form", "Pinkie Pie's flat hair form"... it's just... unnecessary. –Throwawaytv 19:24, December 10, 2011 (UTC)

Please don't add speculation to articles. "True Adult Form" or "Proper Adult" is speculation and an in-universe description. Please describe the show, not "canon" or what you think is "true" or "correct" from within the universe of the show. –Throwawaytv 21:34, December 10, 2011 (UTC)

Images should accompany the text of the article, not compete with it, overcrowd it, or dominate it. Please avoid placing images so that the text is contorted by them. Particularly, avoid text being squeezed between two images, and avoid putting images in a way that obscures paragraph breaks. –Throwawaytv 09:20, December 11, 2011 (UTC)

You have been asked repeatedly not to add broad similarities to the trivia section. –Throwawaytv 15:25, December 11, 2011 (UTC)

Retrieved from "https://mlp.fandom.com/wiki/User_talk:Cynthia149?oldid=502840"
Community content is available under CC-BY-SA unless otherwise noted.