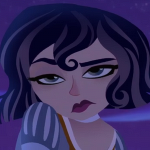 Welcome to the Friendship is Magic Wiki, GoldenLine!

Please do not change them to how you did it - it's not consistent compared to the rest of the pony pages on the wiki.

Right now I'm going to put the Delete tag on my last comment about the Chrysalis debate but before I do I want to let you know that I did read your comment "I do have to have commend Ghostkaiba on actually putting up a well thought out argument. Back when the background ponies were getting renamed, people were ignoring the policy, but here Ghostkaiba countered it head-on." Just so you don't think I either missed it or didn't appreciate it. Ghostkaiba297 (talk) 00:45, December 27, 2014 (UTC)

Although her survival was the reason I first started to view them as non-canon, I would have to say I still would, because I'd like to think she fell to her doom in A Canterlot Wedding, also because I don't think the changelings all would have landed in the same spot (as only one went flying in the same direction as Chrysalis). Which isn't to say I don't like the comics, of course, and am going to get the villain ones that come out. Ghostkaiba297 (talk) 02:33, January 25, 2015 (UTC)

I really can't tell the difference when it comes to those things honestly but I was wrong. Sorry.

I know what sowing means but I did not see a point in changing the image. It was fine the way it was.

Please do not feel obligated to make this edit on every character page. Doing so without a bot flag is congesting the Special:WikiActivity and Special:Recentchanges pages. Especially with the current Wikia bug affecting infobox tabs, please refrain from further mass editing. Thank you.

Just a reminder, you were asked not to do that. (I'm referring to the specific edit you are doing)

Do you intend to check every page on the Wiki for grammar? As appreciated as it is, all you're doing is crowding Special:WikiActivity and Special:Recentchanges as before. Once again, it's inadvisable to do such mass editing without a bot flag.

I was going fix any grammar inconsistencies or errors that I come across, but since it's getting unorganized and inflated, I'll take a break from that. GoldenLine (talk) 01:45, March 14, 2015 (UTC)

Congratulation, Welcome to the Flash Sentry Saviors and i'm the leader of the group, we are a group of fans who have respect for Flash Sentry and have no negative thoughts/view about him. your name have already been on the list of Members for the group. Try to found other fans on this site and recruit them to join. Have any question and ask me or my 2nd in Command; A.K. Yearling (the user not the character from the show) and if you want you could also meet other members on the list.89AnimeCoupleMaster (talk) 04:13, February 19, 2015 (UTC)

Just now I updated my newest blog,don't worry about it.I'm so sorry for doing a empty blog.

By the way,I would like to asked about empty blog.Hope you can replied me.Thanks!

I would have left a comment of my own, but I felt once I put my thoughts together, it was a little lengthy. Consider the following:

Here's what I believe is the timeline of events:

I believe that covers all of your points -- please let me know if I missed any.

While I thank you for making sense of things, most of that could easily be explained by saying that Zecora's hut is closer to the entrance than the clearing, and Apple Bloom started running in the wrong direction after being scared. Part 2 clarifies that "15 minutes" is by flight, and while the time stamps that show up every time a new location is shown confuse things (namely that in Twilight's part 3), I can disregard that. As for the rest, after rewatching part 4, it's made clear that Gilda found Ace before Sonata because the golf club was still on the crime scene after Gilda left and Sonata took it.

By the way, Sonata didn't knock Ace out with the club; she electrocuted him with an overcharged stun spell after hitting him with the stick. GoldenLine (talk) 08:04, December 28, 2015 (UTC)

Congratulations, GL! You got your first Lucky horseshoe!

Ages of the Mane 6

hey buddy just wonderin but why don't you ever have a profile pic?

Why Is My New Opinion (on Lost Mark) such a surprise?

I really don't see what's the whole point of you congratulating me on being less praisful on Lost Mark (just cause of my lost interest in it), when there are other interesting facts like why I ALMOST put Castle Sweet Castle above Twilight's Kingdom (but I'm at least just considering it the best of Season 5). Or maybe even- oh, I don't know... The Times They Are A Changeling being in my Top Ten Overall WORST...?

Thank you for answering my question about King Sombra, and for showing me a link that states what McCarthy said about him was true. If it weren’t for you, then, I’d still be having that question buzzing around in my head if it wasn’t answered.Austin012599 (talk) 20:41, December 10, 2017 (UTC)

Would you like to vote for what MLP movie characters you want to see make more appearances someday?

After all, every person and vote counts.

Any chance I could... not have these widespread-to-every-person messages again? I'm very active here, despite the recent inability to comment, I will probably notice whatever anyone posts. GoldenLine (talk) 23:58, May 24, 2018 (UTC)

GoldenLine, you've shown a tendency of making it personal in the comments whenever someone considers Starlight Glimmer their favorite character or has anything positive to say about her.

Please leave such inciteful remarks as these out of the comments. Thank you.

Yeah, no, I'd hardly call either of them personal. Actually, I'd hardly call what those were responding to merely positive opinions about Starlight. The first one was regarding someone derisively saying "Seriously?" to someone else's negative opinion. This doesn't provide anything. This doesn't say anything. That someone genuinely felt as though they needed to post that is something to get over. I wasn't even the one who said it, but I felt I should because I didn't know who SuperSonicHeroes was talking to. This isn't making it personal. This is just saying that someone else said something that I wanted to say.

That second one is entirely spot on. If someone genuinely considers not liking Starlight to be such a capital offense, then those are incredibly screwed up priorities. Suggesting that maybe one shouldn't be judging the value of lives based on something so minuscule isn't inciteful. If anything, suggesting that one deserves death over that is far more personal than anything I've said. It doesn't matter who this person's favorite character is, it just so happened to be Starlight.

Your framing of what other people say as mere positive opinions is just false. They had nothing positive to say about Starlight. Then again, you've tried to tell me that Volectro's spiteful trolling is "just disagreeing" so nothing new here. GoldenLine (talk) 20:16, April 19, 2018 (UTC)

Spin things however you like. Flamebait is flamebait. For the record, Volectro's not entirely faultless in this situation, but from what I saw, you were one of the main instigators of the argument.

It's not a spin that "Seriously?" does not add anything. It's not a spin that someone else said "not liking best pony is basically a death sentence". These are things that people actually posted. Pointing these out is neither flamebait not personal. GoldenLine (talk) 20:39, April 19, 2018 (UTC)

Dude, other people being salty about Starlight is not my problem. I'm not going to limit what I say just because others are not capable of handling being told "get over it" or that their undeniably screwed up priorities warrant professional intervention. GoldenLine (talk) 04:49, June 22, 2018 (UTC)

Oh, wait. This person was upset about Flash/Comet Tail/some other bland garbage character that isn't Starlight. Oh well. Point still stands; I'll still say what I want to say. Something isn't flamebait just because people get upset by it. Doesn't mean I shouldn't post it Still not interested in any excuses about that. GoldenLine (talk) 23:57, July 14, 2018 (UTC)

If you remove any and all inappropriate language (including what I just removed from my talk page; you should be able to leave messages there again, btw), you should be fine. I recommend copying and pasting the contents of your blog in a Word or Notepad file or something beforehand so you don't lose your progress.

Assuming there aren't any other unforeseen ones, I already did remove the inappropriate language that was in the original YT comment I posted. It doesn't matter now as I am going back through the motivation to type it all again.

Hopefully, this time, you won't see "dislikes Starlight Glimmer" and jump to "flamebait" (-_-), and hopefully my time won't be wasted with inconsequential messages that warrant little more than a, "Yeah, no." GoldenLine (talk) 17:46, August 16, 2018 (UTC)

A valid point for his AMoP portrayal...

Maybe you misheard one of my statements on Principles slightly, but can't you tell the difference between it and WAD??

"...instead of being a comedic troll who playfully messes with other characters for good laughs (but nothing like a sadistic bully where he doesn't care in the slightest for them deep down that would make him go too far like when Starlight portrayed herself like she tried to murder him on the field), he was being a condescending troll who was making someone else feel bad for just being herself."

Retrieved from "https://mlp.fandom.com/wiki/User_talk:GoldenLine?oldid=2008270"
Community content is available under CC-BY-SA unless otherwise noted.