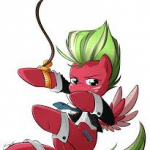 Welcome to the Friendship is Magic Wiki, Juanpa468!

Please take care to upload files with descriptive file names and to keep the file names of international edit images consistent. Thank you.

Juanpa468, please preview your edits before you publish them. Thank you.

Edits like this are why you should preview your edits before publish. Please take better care when editing in the future, or further edits like this will result in you being blocked. Thank you.

I am so sorry, I just tried to add information in finnish dub but smth happened and "Unknown error" appears. Thanks for don't block me. Hope you understand. Juanpa468 (talk) 20:06, September 3, 2017 (UTC)

Do you know who does the voice of Twilight in the European Spanish dub of the movie? It's definitely not Yolanda, since she mentioned they were getting someone else to voice Twilight in the movie. Blissful690 (talk) 23:37, January 16, 2018 (UTC)

Well, I think it's Yolanda. I heard some dialogues and it seems to be her voice, but a little childish than in the series. I don't know when she said that people was looking for another VA for Twilight. I will ask to her this, anyway. Juanpa468 (talk) 00:22, January 17, 2018 (UTC)

Sorry for the late answer. Yes, it's Yolanda and all the main cast but Anna Orra, she wasn't called and Lourdes Fabrés replaced her in Applejack and Spike and Elisabet Bargalló in Cadence. So, Anna Orra was replaced in her role of Dubbing Director too. Musical director director was probably the same and the studio was the same for season 1. The fact is that the movie would be dubbed in another city so, all the voices would be replaced but then, the client wanted the original cast and then, all the voices were respected in adittion of new singer and some exceptions like Anna Orra and singers like Sarah García because she is not active in dubbing now so, she was replaced by Eva Martí probably. Then, yes, it's the same cast from the series, luckily :) . Juanpa468 (talk) 17:43, February 3, 2018 (UTC)

I know you don't live in Spain, but do you know when Disney Channel Spain's gonna be showing season 7? It's clearly already been dubbed, seeing as SDI Media Spain has already dubbed some of the eighth season. Blissful690 (talk) 15:02, May 3, 2018 (UTC)

It's not always true. I saw not once different shows dubbed in various languages for which some seasons were skipped. For example dubbed season 1 and then 4 (2 and 3 were skipped). There is possibility that here is the same and Hasbro skipped that season. Of course I can be wrong but for now we don't have any proves that dub was done. Kuco28 (talk) 20:03, May 3, 2018 (UTC)

Hello, I know is late but I know from one actress that they even dubbed Season 8, the problem is Disney Channel. They dont care at all about MLP, if Im right they didnt broadcast Dance Magic either. I think they have a problem with the license or I dont know, but Hasbro is guilt too because they dont send the series to another channel and Netflix doesnt have even Season 6 :(

Retrieved from "https://mlp.fandom.com/wiki/User_talk:Juanpa468?oldid=1990280"
Community content is available under CC-BY-SA unless otherwise noted.