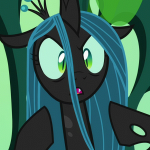 Got any problems, troubles, conundrums, or any other sort of issues, major or minor, that I as a good friend can help you solve?

Hi, first I want to say thanks for the transcript. It's really important for making subtitles into other languages. Will you do it also for season 5?

And couldn't you use somehow CCExtractor  to make fast version of transcript through Closed Captions and format and correct it afterwards? I don't know if in UK you have available TV broadcast of MLP (Discovery Family). Just an idea...

You're welcome! I will indeed be resuming initial transcripting duties for Season 5, with the possible exception of episodes 14 and 15 (I think) due to a pre-planned holiday. This is a wiki, though, so I'm sure somebody can pick up the slack.

As to the second, unfortunately that's not possible. We do have a broadcast of MLP in the UK, but not on Discovery Family (we don't have that particular channel), and as we're not yet finished with S4 here, it's unlikely we'll get S5 until several months after the US airing. As it is though, I usually have the initial transcripts up within a couple of hours of the episode ending, and that's still pretty darn quick. --Kinrah (talk) 19:31, March 10, 2015 (UTC)

Well, this week's episode (Party Pooped) I'm good to do, it's the two weeks afterwards I'm probably not going to be able to do. In both directions I'll be travelling at night, so really it depends on when I get there and when I get back. It's more likely that I miss the episode on July 4th (if there is one) than the one on July 11th, though. --Kinrah (talk) 18:00, June 25, 2015 (UTC)

Oh, well it's confirmed no episode on the 4th. But whether there's an episode on the 11th is unknown. But either way, if you're unavailable, I'd be more than glad to do episode 13 for you

Sorry for asking here but can I ask you to try to fix my profile? I've been trying to delete the two ambox templates and everything inbetween them in the middle of my guestbook but they keep coming back and I don't know what to do about it let alone how they got there, so I'm just asking if you can delete them or tell me what I'm doing wrong. Thanks.

I was going to ask you on chat but you were busy and I honestly didn't know how long it would take (and I still don't) and I had to be going so I wanted to see if you could do it. Thanks again!

Thanks for doing that for me Kin! I'm sorry to have bothered you, but it kept popping back up. Thanks again!

Heya! Hope you'll have time to drop by a new forum thread I've just created about converting the infoboxes here at MLP to something that'll work a little better for the hundreds of thousands of visitors who use this site monthly! — CzechOut 19:48, October 19, 2015 (UTC)

A new way to tab in infoboxes

Hey again :) Just wanted to get your feedback about a new kind of infobox tabbing that actually works in mobile. We're really excited to hear what you think, so please drop by Forum:Tabs in infoboxes if you can! Thanks! — CzechOut 21:36, October 29, 2015 (UTC)

I've been over it several times, and I'm sure the transcription itself is accurate, but after over six hours I had to give up matching up the names to the lines. There are six people on the commentary: Brian Leonard, Josh Haber, Daniel Ingram, Jayson Thiessen, Ishi Rudell and Rebecca Dart. Rebecca Dart is obviously easy to identify since she's the only woman, and Daniel Ingram is too because of his quiet, raspy voice, but the remaining four guys are difficult to distinguish once they start talking over each other and using different tones of voice for different scenes (first detached, then excited, etc.). I created named (confirmed) samples of each of their voices, but even then there were many cases where I couldn't tell them apart.

By means of context (replies to questions mostly) I was able to securely label maybe 5%, and using my voice samples I was able to label another 10% with certainly, but that's still only a fraction of the full transcript, and in order to label even 50% I had to get so sloppy with my voice detection that I might as well have been making random guesses.

The transcription itself is mostly ad verbatim, i.e., including all the hedges and grammatical errors. There were some names I was unable to find in the credits, e.g., "Kaley Johnson" (actually I just found her on IMDB, it's "Kaylee Johnston"), so I made a guess on the spellings, but other people might be able to track them down.

What do you think? I wanted to see this, but without reliable naming for the full transcript it might never qualify for article status. I put it on Pastebin if you want to see: http://pastebin.com/B5w765vJ Have a great easter this weekend Kin. (hug) Have a great Easter Kin!

Generally by the time I get to the page it's been added already regardless. One word of caution though; one common thread in all of the episodes vs the snapchat of the script's first page is that things can change between the page and the screen. Obviously it doesn't differ too much, but there have been sentences differently phrased (Applejack's Day Off) to sentences in a different order altogether (Saddle Row Review). --Kinrah (talk) 20:34, June 3, 2016 (UTC)

So what precaution should we take for Spice Up Your Life? Write it as it appear so inSnapchat or wait for the official airing? There's also the option to hide, but I don't know how to do that.

What part of This time I will let Trivia section be on the page without being deleted did you not understand? —Preceding unsigned comment added by Andy Klaus (talk • contribs)

I'm sorry, but if something goes against the style guide for the wiki, it will get edited out. Trivia sections were phased out years ago. If you were to break the rules, saying that you're going to get away with it beforehand doesn't mean you will. --Kinrah (talk) 13:57, July 30, 2016 (UTC)

Hi Kin. I need your help. I have been assigned to write transcripts on another wiki and I personally like the way they're done here. Could you maybe tell me how to do the format for the transcripts so that I may use them for this other wiki? If so, thanks a bunch! If not, that's fine too. I'll just do it some other way. Anyway, get back to me if you can!

EDIT: All I really need to know is how to prevent the lines from being double-spaced. Does it involve a colon? Because I've seen that here and I don't know if that's why. Just let me know! Thanks.

Yes, transcript line spacing is fixed by adding a colon indent to each line. It's
Twilight Sparkle: For science!
Fluttershy: Something adorable.
Versus Happy Birthday Kin! Hope you had a great day! (:))

Sincere apologies for The late message. I want the text of a deleted article named Bass Comes to Ponyville, dated February 2014. I wrote it back then in my phase of spreading false information all over the net (I even did a whole TV Tropes article full of false information!) and I'd like to see how bad I wrote when I was 11. MUKYU (talk) 21:51, April 28, 2017 (UTC)

Hi Kinrah! The current XML dump on http://mlp.wikia.com/wiki/Special:Statistics is quite old and the new transcripts are missing. Could you please make a new one? There should be a dedicated "Send request" button for admins. Thanks! Karscher (talk) 07:35, October 21, 2017 (UTC)

Alright, went ahead and sent a request. From the looks of it, it seems it hadn't been updated since last May? Either way, the request was sent.--

Greetings! My name is SilverFlight, here to help the community as its Wiki Manager. My mission is to assist in any way I can and be a liaison to full-time Fandom staff. If you ever have a question or issue relating to the wiki, editing, etc., please contact me on my talk page.

In addition, I'm happy to inform you that Fandom is upgrading its MediaWiki platform to accommodate MediaWiki extensions. You can read more about here on the blog post.

If you have any questions, let me know what I can do to help.

Hi there! I would like to inform you there is a new Special:Analytics page you can request and access on the admin dashboard! In this way, you can use it to keep track of the number of edits daily, and which users are contributing. More info is available on the Help:Analytics dashboard and the blog post. If you already knew about it but have any questions, let me know!

Hi Kinrah! I'm excited to announce there's a new Editor Rewards program honoring the hard work of users with awards those that have gained recognition for their contributions. Details are on this blog post, and it'd be most appreciated if you could give some feedback on said blog post. Please message me if you have any questions!

Hi there, something is wrong with my computer, when I looked at the grogar page, inapropeate inappropriate images started popping up. What is it, a virus or somthing else? SkyWingsOfTheDarkCloak (Talk) 14:49, October 4, 2019 (UTC)

Retrieved from "https://mlp.fandom.com/wiki/User_talk:Kinrah?oldid=2126360"
Community content is available under CC-BY-SA unless otherwise noted.