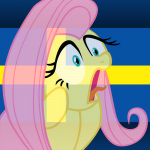 What are the Swedish and Danish/Finnish/Norwegian DVD releases you mentioned here? If these DVD releases are missing from this wiki's home media article, I would be glad to find out information about them so that the article can include them. 76.9.74.241 06:44, February 7, 2013 (UTC)

Sure thing. The DVD was released here in Sweden, Norway and Denmark, probably Finland as well. The DVD features one single episode; The Ticket Master and no extra features. All four languages as available on all the DVD regardless of which country it's bought in. (This is very common among the Nordic countries).
Here's a photo I took of it, on a black table.
Video format: 1024x576, interlaced. Black bars, so it's about 1004x576. Audio format: AC3, 48000 Hz, Stereo.
TV release: progressive video with mono audio.
The DVD do have the end credits as an instrumental track for the menu. Listen to it, low quality, fast streaming.
Well, that's about the details I could give. I bought it for 79 SEK (incl. VAT) at BR Leksaker.
— Liggliluff

There's a built-in method. Feel free to use that for sorting. Thanks! ~Bobogoobo (talk)

That's cool, thanks for telling me — Liggliluff

Source of this image

Hi Liggliluff, I was wondering if you still remember which episode this thumbnail is from. Thanks,  Steph physarum (talk)

Hello, I noticed something wrong on the My Little Pony La magia de la amistad Wiki, but I do not speak Spanish, so I am contacting you because you are an admin there. The problem I noticed is that the character this article is about is not real; the image of the (nonexistent) "Princess Larva" toy is not an actual photo, only an edit (by "Invisibleguy Ponyman") made from this actual photo of the (real) Princess Skyla toy. (7)6(four) (talk) 19:44, September 21, 2013 (UTC)

Yeah. Seems like a few fan-stuff appears on that Wiki a bit too much. Season 4 speculated episodes at one time, and this now...
I'm not native Spanish, I'm Admin for a few of these different languages (de, es, it, no, sv). These was the first few languages that started and I joined as Admin to help clean up and code the pages. And I have slowly been more and more inactive as they've grown. I've learnt some Spanish here and there.
I've suggested it as deletion as for now, I don't want to make the final call.
— Liggliluff

Hi Liggliluf!, I'm here to see if you can tell me if this version of the song Smile is in the Swedish dubbing.

Yes, it's the official.
Too bad it's recorded with a camera =(
I'll upload a better version whenever I get the episode ^^
— Liggliluff

And here I thought I only made a brightness, saturation, contrast, color levels, or gamma value changes ... yet ImperfectXIII just reverts everything that is changed on this Wiki...
— Liggliluff

I resent that a little, Liggliluff. I agree with ChainChomp in that your changes to Sunset's profile were a good effort, but they weren't exactly minor.

Well, then I'll accept it not being minor...
— Liggliluff

I dont really know about audio and video editing. But I think I know someone from YT who have almost all Indonesian dubs video ad audio so I think I will ask him and will tell you if I got it. And psst.. Indonesian dubs are very cheezy.
P.S: I dont get this "Please reply by editing this post, that's how a Wiki is intended to work". Could you explain more? I can say I am pretty noob to this wiki system and work

I've seen Fimpie, but the quality is horrible (that's a person who doesn't care about quality). But if that's a different person, then I can take a look.

If you have the channel, and have time to record; then you could do some high quality recordings. It's easy to do, and you don't have to care about video.

Just click edit on your Talk page, just like I've done now. If you don't reply to that message, and instead make a new topic on a different talk page, it can get messy and confusin.
— Liggliluff

Retrieved from "https://mlp.fandom.com/wiki/User_talk:Liggliluff?oldid=1624240"
Community content is available under CC-BY-SA unless otherwise noted.