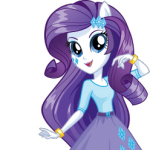 Welcome to the Friendship is Magic Wiki, Matheus Leonardo!

Hey man, I'm very new to this awesome-a*s Wiki, I got some polls on my user page, and I was wondering If you could vote on 'em. Please vote, soon. Will ya?

Hello, I just saw, that you have removed some season 4 episode titles for Brazilian Portuguese version, because these haven't been released yet. In my opinion, this simple fact would not prevent placing the title on the list. If there are some reliable and trustworthy sources (like TV schedule, for example) that include future episodes' titles, then it may be included anyway. Just change them later, if there are some inconsistencies. The user that added them is Biel102. You may ask him for sources (if they exist), if you don't know them. Vengir (talk) 15:49, November 3, 2014 (UTC)

Why did you make this revert without even leaving an edit summery? Full disclosure here: I made a similar edit to the one you reverted after you made your revert, but at the time I don't think I had noticed that you had made your revert. Emmette Hernandez Coleman (talk) 11:24, May 1, 2015 (UTC)

When i made this revert i wasn't used to with this procedure, that's why i didn't leave an edit summary.Matheus Leonardo VSTF 13:12, May 1, 2015 (UTC)

Because despite the Apple family consider Pinkie part of the family, she isn't an Apple.Matheus Leonardo VSTF 11:25, May 2, 2015 (UTC)

Hey! I want to ask something: What happened at S2 in EU-PT dub recordings? It stops at about episode 12, but why? Also, is there any chance we will see those missing episodes any time soon? Thanks in advance, (bonbon)Ballwa44 (talk) 21:19, July 29, 2015 (UTC)(pinkiepie)

Hello Ballwa44, since I live on Brazil I'm not the one responsible for recording the Pt-Pt episodes, I just re-post the existent episodes. Until now I didn't found more S2 episodes, except the first 12 and the episodes S2E14, S2E19 and S2E26.Matheus Leonardo VSTF 21:28, July 29, 2015 (UTC)

About the Brazilian Portuguese dub

Did they change dubbing studio for season 5? Because they never called those flank symbols "Cutie Marks" before. GamerBoi42 International (talk) 15:18, September 23, 2015 (UTC)

Nope GameBoi42, they using the same dubbing studio since Season 2. Plus, the term "Cutie Mark" is been using in the Brazilian Portuguese dub since Season 4. Matheus Leonardo VSTF 15:40, September 23, 2015 (UTC)

I just had a look at the Discovery Kids Brazil TV guide and they're not showing Friendship Games at 7:30PM today. Do you know what day they're actually gonna be showing it? GamerBoi42 International (talk) 15:27, September 26, 2015 (UTC)

Well GamerBoi42, it becomes a bit harder to navigate through the DK website since the last update, but this video shows exactly when the movie will be released. P.S. The date setup showed in this video is Day/Month instead of Month/Day. Matheus Leonardo VSTF 16:02, September 26, 2015 (UTC)

Someone must have seriously screwed up their job. It's not that you can't find what airs at that time, it jus tells you that something else is scheduled at that time (Curious George starts around that time, then followed by various other stuff. What the heck?! Vengir (talk) 16:17, September 26, 2015 (UTC)

Well, I just took a pic from DK website showing the TV schedule for this night here in Brazil. P.S. the clock shows "18:30" because my computer's clock is set to Cuiabá time zone instead of Brasilia's.

Ah, this thing knows your timezone and calculates it in your time. I too found it "tomorrow", thirty minutes after midnight. At first I thought they check what time is it from your computer and put you in such position on the schedule, not that they actually calculate all programs. It seems like I underestimated their programmers. By the way, do you know if somebody out there will record it with English audio rack just in case? Vengir (talk) 18:33, September 26, 2015 (UTC)

Well, here in Brazil, there's only a few people who record the episodes and publish it online. I know one of these people, and I also know that he's not going to record the tonight's premiere in English, but if you want, I can talk to him and try to convince him to record the tomorrow's reprise in English. Although, I don't think you'll need it since the U.S. premiere will start at the exactly moment that the Brazilian premiere ends. Matheus Leonardo VSTF 18:55, September 26, 2015 (UTC)

The problem with the US version is that it will most probably have time cuts. I believe Brazilian one will be mostly intact (except end credits perhaps?). There is also Canadian airing, but I don't know if people will be recording that and if that one will also be uncut. But yes, if we won't get uncut version from Canada, recording the reprise from Brazil would be cool. I think I saw a comment on EQD of somebody who will record it in English (he doesn't like Brazilian dub at all), but I'm not sure how it will play out there. Vengir (talk) 19:21, September 26, 2015 (UTC)

Hello, Matheus Leonardo. You have new messages at Bobogoobo's talk page.
You can remove this notice at any time by removing the {{Talkback}} or {{Tb}} template.

Hi there, sure. I'd love to help. I've added you on Skype to make it easier.  343TheGuiltyProphet - Contact - Contibs

Do you know what the word "Cuscolice" means? The only thing I can seem to find on Google is the EU Portuguese dub of S1E9. Is it really obscure European Portuguese slang for "gossip" or something? GamerBoi42 International (talk) 22:26, February 22, 2016 (UTC)

I have to be honest GamerBoi42, I only speak the Brazilian Portuguese, and the word Cuscolice doesn't exist in our dictionaries, so I don't think I can help you with that translation. Although I know a user who is from Portugal; if you want, I can ask her and see if she can provide a translation for this word. Matheus Leonardo 22:49, February 22, 2016 (UTC)

Do you have any way of contacting Sonicgx, the guy who rips the EU Portuguese episodes? Could you please ask him what's taking him so long to upload the last 5 episodes of season 5? It's been over a week since S5E26 aired in Portugal and the final five eps should have been uploaded by now, but they haven't. GamerBoi42 International (talk) 12:16, March 15, 2016 (UTC)

How's this for starters? http://sta.sh/0wsadtn305e

Let me know if I should make any changes/fixes. If this is fine, I can proceed with the rest of the poses.

Sorry for the humongous wait, Matheus. It's been difficult setting aside time to do your Deleted Scene vectors, but they're in progress now.

I should have the rest complete by early next week. I hope this wait hasn't been an inconvenience for you.

No problem Imperfect, I'm only pretending use the vectors for my analysis videos once the season 6 has finished; plus, she's beautiful, truly a wonderful work of yours. Matheus Leonardo VSTF 12:33, September 30, 2016 (UTC)

Again, sorry for the long wait. Hope these are good enough.

Wonderful! These are perfect, now I can finally work on my reviews, and you don't have dto be sorry, everyone has problems every now and then (wink) Matheus Leonardo VSTF 22:40, October 6, 2016 (UTC)

I've already sent a query to Fandom Support about this, but is it possible to limit main namespace editing to autoconfirmed users (if only for a short period)? If so, it could reduce the string of spam edits the Wiki's been having.

So Imperfect, I sent your question to my "boss" Bleubird, and she confirmed that it is possible add this limit for a limited amount of time, although you must have a good reason for this request. Matheus Leonardo VSTF 16:42, February 21, 2017 (UTC)

Our resident spammer has made over 40 individual accounts over the course of one week to spam edit, and whenever a page he spams is edit-protected, he spam edits another. In addition, he's made his intentions clear in the comments on at least two occasions.

Is that a good enough reason?

Thanks for your time and attention on this matter. Whatever the Fandom staff can do to help us on this matter would be more than welcome.

Retrieved from "https://mlp.fandom.com/wiki/User_talk:Matheus_Leonardo?oldid=1841376"
Community content is available under CC-BY-SA unless otherwise noted.