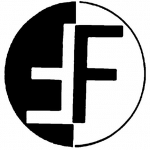 Bl00lust, there's no need to "advertise" your blog posts in article comments. Your post will be visible to any user on the Special:WikiActivity page. Just letting you know.

I'd like to see them return for redemption too, but I have a suspicion as to their fate, which, despite my tendency to think of that kind of defeat, I never thought of until someone else mentioned it, and it probably wouldn't cross most people's minds either. I wonder whether the writers even thought of it.

Remember what happened when Dorian Gray saw his painting that kept him immortal for a thousand years (and doing so takes his immortality away)? What happened to Gothel and her eternal youth when Eugene cut Rapunzel's hair? Adam Monroe when his immortality was stolen after hundreds of years? Queen Beryl when her necklace that gave her Metalia's power, keeping her alive after a hundred years, was destroyed by Sailor Moon (in Sailor Moon Crystal)? Bilbo when the Ring was destroyed (though he was still young enough to survive)? Tsubaki in Inuyasha when she lost all her power?

Maybe MLP could make an exception to the No Immortal Inertia rule, but if they don't appear... They turned human when they were banished over a thousand years ago, and we're assuming their pendants containing their siren powers are what kept them alive. So, despite Twilight's "ordinary teenage girl" comment, I suspect that after their pendants were destroyed and they ran offstage - the process may have been a little slow - they aged into dust. (It might have been better to have had them transform and get disintegrated outright, but at least you can't say they died early)

Though if a villain I have presumed dead has to return, I'd pick them first coz I kinda like them, I have a soft spot for Aria despite her attitude, plus Sonata doesn't seem as sinister, but we haven't seen them since Rainbow Rocks. Still, it would be cool if they did bring them back (but only for redemption!), although we wouldn't get any songs from them coz they can't sing. KillRoy231 (talk) 23:35, April 20, 2017 (UTC)

You don't HAVE to think that if you don't want to, but it's a possible explanation of their absence and fate. I don't want to sound like I'm trying to force you or anything, as many have accused me for with Sombra KillRoy231 (talk) 23:44, April 20, 2017 (UTC)

I understand what you mean, but if that is the case, I want it to be formally depicted in future Equestria Girls Media, such as through a flashback.Bl00lust (talk) 14:27, May 14, 2017 (UTC)

About tat comment I edited fbecause I realized it was a bit harsh and I didn't want to offend you, so that's why I edited it. i'm sorry about it and I respect your opinion. I just wanted you to know I was aware it was your opinino and apologize for that slightly offensive comment.

I'm done arguing about this, Bl00lust. I've humored you long enough. If there are still issues you feel need addressing, I suggest taking it up with another administrator. Thank you.

You spend the past several days trying to circumvent how the Wiki defines certain terms, disregard forum consensus policy, get me to retract certain statements I've made, and -- despite the patience I've demonstrated -- try to take the moral high road and accuse me of being uncivil?

I'm sorry, but note that I did not accuse you specifically of being uncivil, I said the whole discussion was becoming uncivil. I feel we were both irritated at each other's remarks and that we were progressively losing patience with one another, meaning we were both becoming less and less civil and respectful of each another. As bronies, I think we are both above this. The discussion seemed getting less polite from both sides the more it went on. I took issue with your "It all depends on how long you're prepared to dispute this matter" statement as I perceived that it meant that you were presumed right until proven wrong and that there was no way I could convince you and that you winning the debate was a foregone conclusion. I'm willing to give you the benefit of a doubt and assume you did not intend to come off as arrogant or condescending. It just reiterates what parents tell their children, "it is not what you say, it is how people take it". I respect you as a person in the same way I am sure you respect me. Similarly, I am honestly sorry for any offense I have given you, in the same way I am sure you are sorry for any offense you have given me. Bl00lust (talk) 16:18, June 29, 2017 (UTC)

Fair enough. I also apologize if I came off as short or impatient, and I do respect where you were coming from in your arguing points -- though I must still agree to disagree.

Please stop adding articles to categories that don't exist. Misuse/abuse of this Wiki feature may result in a block. Thank you.

Categorizing images with the "Add category" button seems to be buggy at the moment - not just on this Wiki, but across multiple. It's a bit inconvenient, but you can still categorize images by editing them and adding categories in the "Categories" window (right side of the editing screen, under the "Publish" button).

You know, you don't need to go out of your way to fill all character appearance tables every few episodes. (There are a lot of updates to be made, considering the number of character pages.) At the end of the season, all non-appearances (n) will be filled in by a bot account. Thank you.

Please leave mass additions of images to character galleries to users with bot flags so that the Special:WikiActivity page doesn't get overwhelmed with image thumbnails. Thank you.

Bl00lust, your consecutive edits are beginning to unnecessarily flood the Special:WikiActivity page. Please use Forum:Bot to-do list to task edits to be done in the background on numerous pages at once (for example, replacing text). Thank you.

Again, Bl00lust, you are making a large quantity of minor edits in quick and short succession, causing the Special:WikiActivity to be flooded with updates. Such tasks are better left to users with bot flags/bot accounts so that doesn't happen. Your editing is becoming tantamount to "fluff editing" (making numerous minor edits to pad your edit count).

There isn't one. If you make quality image-related edits on the Wiki for long enough, an admin recommends you for the rights themselves.

I'd have to object to the "fluff editing" characterization. I acknowledge that my edits were relatively minor, but I think we can both agree that they were not unconstructive, but rather the opposite. --Bl00lust (talk) 23:15, July 7, 2018 (UTC)

Considering how long you've spent updating location galleries and location image categories, Bl00lust, you now qualify for an imagecontrol group nomination. Do you accept? With imagecontrol rights, you would be able to set a bot flag on your account in order to make multiple edits without overwhelming the Special:WikiActivity page. Do you accept?

Then until your imagecontrol nomination passes, please try to cut back on categorizing large quantities of Wiki files and updating gallery articles. Based on your contribution history, you categorize/gallery-fill a sizable amount of images roughly every 24 hours. This sort of "bulk editing" is best left to users with imagecontrol rights who can set a bot flag on their account.

Your image control group nomination has now passed. See Help:Image control for an explanation of group rights, including how to set a temporary bot flag on your account. Please keep in mind that if you are found to have abused these rights in any way, they will be revoked.

Yes. Edits made using a bot flag count toward your edit total (the "EDITS SINCE JOINING THIS WIKI" number shown on your profile), but they do not count toward badges.

This, as far as I know, is an unintended side effect of a recent site update that Wikia/FANDOM rolled out a little while back. To keep it from happening when you're editing, I recommend you go to your Special:Preferences page, click the "Editing" tab (it's between "Email" and "Under the Hood"), and set your preferred editor to "Source editor" in the drop-down list. (Don't forget to click "Save" at the bottom of the page if you do this.)

Hello, Napalm Reign. You have new messages at ImperfectXIII's talk page.
You can remove this notice at any time by removing the {{Talkback}} or {{Tb}} template.

Re: Adding images from the Equestria Girls wiki to here

Hello, Bl00lust. Regarding the addition of your images from "I'm on a Yacht":

I don't think the addition of images from one Wiki to another is considered "plagiarism" under the Wikia Terms of Use, but it should be noted that one Wiki's image policies don't necessarily extend to others, even if they are "sister Wikis". In addition, Sonic.ranger4000 is blocked from editing on this Wiki (which you may not have been aware of), so I'm not comfortable with fulfilling any requests they might have as they may not be in this Wiki's best interests. Thank you.

Ok, so Sonic.ranger4000 was also the editor that requested me to add the character thumbnails from the Choose Your Own Ending shorts. Like these:

Those were images the Wiki didn't have previously, so they're fine.

Retrieved from "https://mlp.fandom.com/wiki/User_talk:Napalm_Reign?oldid=2161239"
Community content is available under CC-BY-SA unless otherwise noted.