Where all of your messages. Your talk page messages. --Allen (talk) recently sent at feedback at 5:44 PM CST, Wednesday, February 19th, 2014.

Here; they are archived. A link to them can be found on dropdown box "Archive" on this page.

This Allen AcNguyen user is making me mad, he tried to put his page on my favourite Wikis and tried to make me an admin there but I demoted myself afterwards, can you do something about it?

You labeled it for deletion as "Dupe video"; after which I deleted it. I removed it from the comment as there is no point of a dead file link.

This Wiki does not currently ban for users being underage. Therefore, nothing is going to be done about this.  343TheGuiltyProphet - Contact - Contibs

Why did you delete my blog? Also, what's with the title of your user talk page?

Because it was violating the ToU. I quote:

- The Wikia Terms of Use. You were doing this.
Oh and the talk page title changes to whoever views it, don't worry.

No, I mean the one asking why all the profile pics were turned into JPGs. And you didn't delete the soliciting blog, Kinrah did. Why would you take credit for something you didn't do?

If you cared to look, it would say why I deleted the blog in the deletion reason. Also I discussed the money making blog with Kinrah and a few other admins, and we agreed to delete it, so apologies if it wasn't actually me who deleted it. Why would I take credit for deleting something? That would be... sad. I did. It didn't say. That's why I asked. I know now, but I had to look somewhere else.

That wasn't there when I went back through Special:RecentChanges. But it doesn't matter because I saw it already.

Do you have the link to where I could find the template for returning the visitor's username, such as the one you have "I see you (username)"?

I already contacted ImperfectXIII about this editor, but in case he or she didn't get it, I'm contacting you. Please block this user who has been adding unsourced info and changing my side of the conversation on talk pages. - Jasonbres (talk) 23:19, March 8, 2014 (UTC)

(gasps) You...Take...That...Back... Or else you think I am a lame crossover writer taking Nintendo Characters and adding them to movies if that's what you're thinking. —Preceding unsigned comment added by Robbeevil3 (talk • contribs)

His message was 4 days ago. It isn't valid anymore, so move on.

We'll it seems like you kicked me out of chat for no reason. While I was reporting the news that I was watching the BBC over around today with MH370 has a lost contact in the Vietnamese Coast. In chat, I want to talk but no kicks. I've acknowledged the chat rules and makeup some reported news and updates in my talk page and blogs.

my pinkie senses were tingaling

Hi there, Oz. I just had to rename an image to FANMADE. The user has now been reminded three times (including just now).

Seriously, Lemmy, you should have thought of that possible outcome before you insulted one of the site admins.

BenRG - Not sure if he dreads or longs for Episode VII (talk) 13:36, March 26, 2014 (UTC)
You got warned previously to not be intimidating, so you clearly didn't adhere to that and have been blocked. 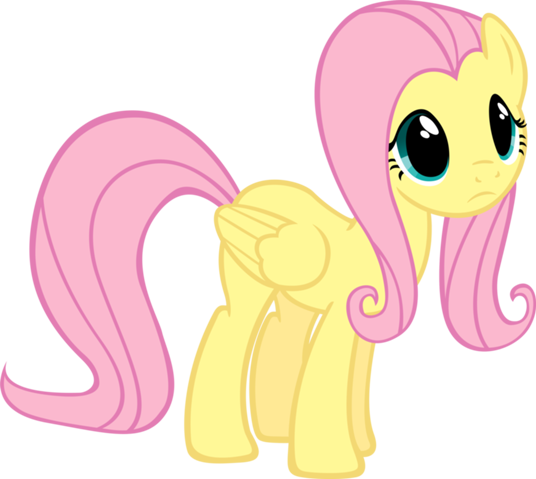 Amazes me how you didn't read the reason why I reverted it back.

Hey, Oz. So I know we haven't talked since our big argument, but I am extremely offended by the words on your profile. The words state, "I see you Fireflamefox,". Just because we had an argument does NOT mean you have to put those words on there. That is actually VERY immature. A child would do that. Anyway, please take down those words, and ask Jonny to do it to. Fireflamefox (talk) 04:10, April 7, 2014 (UTC)

As you can see in this screenshot it does that for everyone http://tinypic.com/r/2d6nrjl/8  UnknownProdigy

I uploaded an image, specifically "FANMADE Derpy Hooves Shrugging" and I noticed that you deleted it as it looked unused. However, I was using the link to it on my profile and I noticed that it was gone today. Could you undelete it?

Okay but next time it needs to be linked like this [[:File:Example.png|Example]] - the : at the front being crucial, else it comes up as unused on Special:Unusedfiles.

What I mean is that I linked the image to text, meaning the image isn't being displayed on my profile. In that case, a template like that isn't possible.

Some problem with InterWiki on main page

Hello, I'm from Russian Wiki MLP: link . We have some problem with your InterWiki link on main page and ask you to change this to ru:My_Little_Pony:_Дружба_–_это_Чудо_Вики

Hiya, are you alright? I haven't seen you in a few days. Just making sure you're alright. (cuddle). Take care,  343TheGuiltyProphet - Contact - Contibs

Got a lot to do this week, can't really be on chat for now.

Happy Easter to you too, although I am agnostic myself personally :P

RE: My talk page

I reverted it because you're not allowed to delete discussion without archiving it. If you want to learn how to archive it and delete, let me know.

You can change it on the upload screen too.

Here is an example. I can't remember where, but it was discussed long ago that ED is an acceptable source to use for citing on certain occasions.

why did you freezed the comments on my blog?

Wasn't me actually, must have been another admin. Also I'll try to answer your question anyway: Because it is not relevant to the wiki.

so why they do not delete these too? [1] [2]and many others aren´t revelant too

Did you read what I said properly? I didn't close it. Go ask another admin to do it.

That one day more than 90% of the wiki's activity is just from making or commenting on blogs, ain't a 'irrational fear'. I'd call it quite rational, so I agree wholeheartedly with you. Just telling you.

I think the account is a second one since both that and Trinitysparkle1 are named after his OCs with the number 1 but you're aware of that.--Shinegreymon96 (talk) 12:56, May 3, 2014 (UTC)

You said the f word twice, go look in the logs and see for yourself. And I do know what happened, as you can see by my reply on Callofduty4's talk page to you. We also told you several times to drop the conversation but you couldn't help but lead it on even further.

That means very little when you acknowledged you got warned for it the first time, yet still did it again. You could have said "f word" instead, like I did above. You can use http://imgur.com to host the images if you want instead.

Creating an account for something as small as this isn't worth my time, if I'm honest. However, I still insist you ask Flutter yourself about my "harrassment". I can assure you, I wasn't harrassing anyone at all. I only expressed the fact that I was upset with you admins trying ignoring me. I think this is a misunderstanding, Oz. I consider you a good admin, but you can't justify this 3-day-ban when you haven't seen my PM with Flutter.--Placeboic (talk) 09:00, May 6, 2014 (UTC)

Tell him to just mention the MisterDavey page on the Fan Wiki; that has mature content warnings so people would be aptly warned about it, so it should be ok.--

Did I?! Wow. I sincerely apologize for that.

Yeah :P It's not too bad - could have been over a thousand comments instead.

You deleted Forum:Equestria: Principality or kingdom with the edit summery "Unused redirect", but I was using it, that deletion broke a link in my post. I axadently left off the question mark in my link, so I created the redirect to avoid any similar problem in the future. The purpose wasn't just to fix my link, this is the page you get if you look up "Forum:Equestria: Principality or kingdom" (without the "?") via the search box. People can't be expected to always remember that there's a question mark in the title; what's the point of making it more difficult to navigate to that page simply because of a forgotten question mark? Redirects are cheap. Emmette Hernandez Coleman (talk) 00:28, May 15, 2014 (UTC)

We use redirects sparingly - arbitrarily using them, especially for a low profile page compared to mainspace articles (such as a forum in this case) is unnecessary under my judgement. You can go ask other admins if you're not satisfied with my answer and see what they think of it.

Why do we use redirects sparingly (not so much asking about this particular redirect, just in general)? Emmette Hernandez Coleman (talk) 14:06, May 15, 2014 (UTC)

Most likely to keep it tidy; it's not really within my jurisdiction though, because it was that way before I joined in 2012. You can see the redirect list here (back when I joined, I made some redirects and got shouted at by an admin, so I'm telling you from experience).

Deletion of a few Blog posts

Hi Ozzy When i first started i made some blog posts

Hi ThePonyLover867, I have deleted them.

why are you deleting my images?

Why? In each section, there is an image (Princess Celestia and Luna, Twilight Sparkle, Cadence), so that the reader knew who is meant. Chrysalis not pony, but she was alicorn (False Cadence). --NightShadow23 (talk) 10:20, May 18, 2014 (UTC)

Again, you are misunderstanding what the section is about. Chrysalis has an alicorn-like form, which is what the article is saying; it does not refer to her being Cadance. There is absolutely no need to re-add that image.

Blocked, even though they have a 1 week global block already. 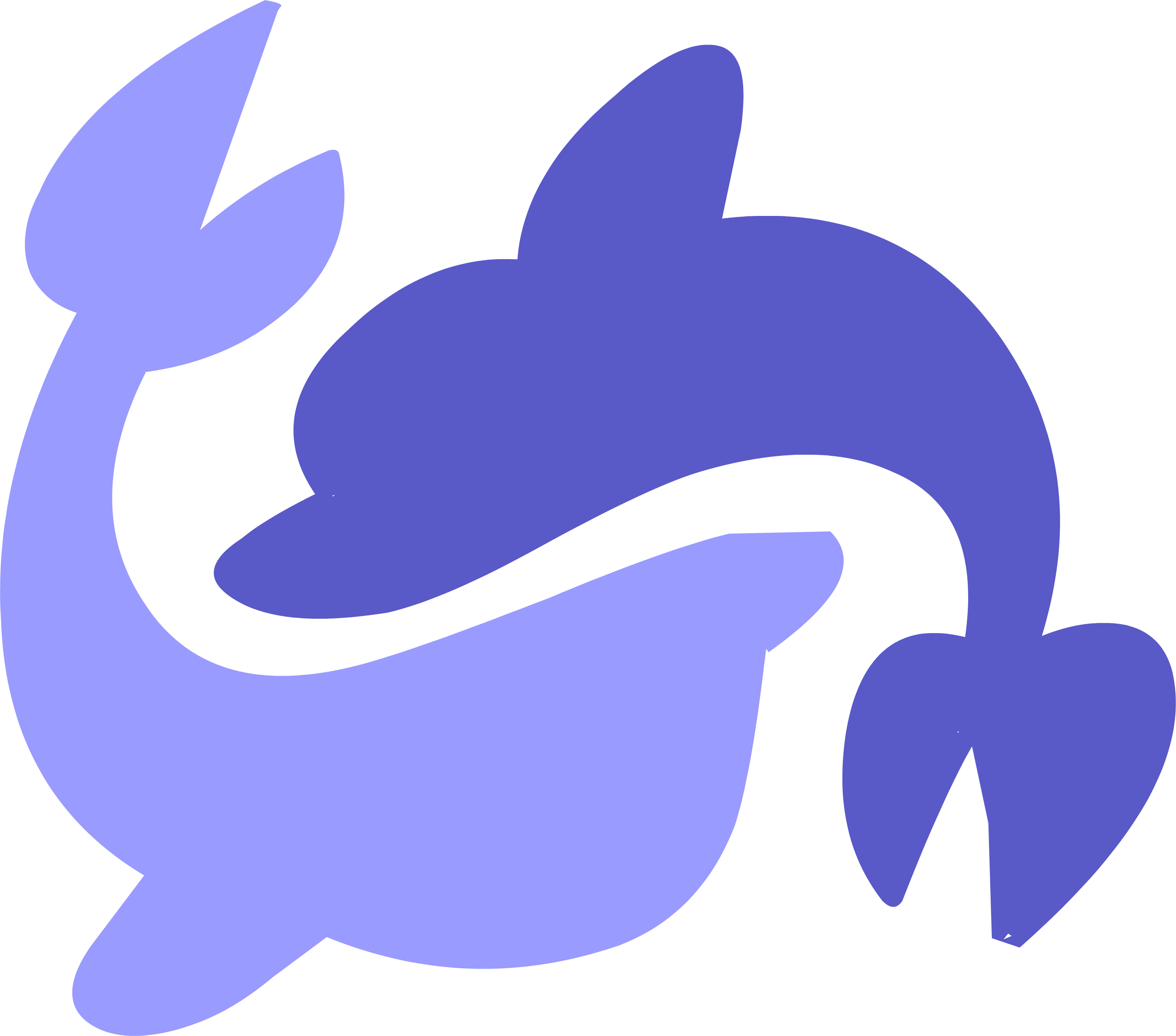 That isn't an error as such, it's because you're banned at the moment.

sites that are compatible with the images template

A whitelist for them is here.  The Candlekeeper talk It means don't upload memes to the wiki. Use http://imgur.com to host the link instead. See also Forum:The_wiki_is_not_an_image_hosting_medium.

Please read the chat guidelines before returning to the chatroom.

Thank you for un blocking me. —Preceding unsigned comment added by The great and powerful trixie56 (talk • contribs)

Hello, um you weren't blocked by me today. There's also no block for you in the block log.

I was making a point... I was saying that instead of making friends, I made family... But you thought you did something right, and I respect that —Preceding unsigned comment added by Daniel Warren (talk • contribs)

You were continuing to talk about something when I warned and kicked you prior to it to move on... and to be honest I've had enough of your attention seeking and dramatic behavior in the past couple weeks, that was your final last chance and you blew it. Also when you said that everyone is evil and that's a fact, we found that offensive. You irritated many other users besides me, for example Princess Iris.

Retrieved from "https://mlp.fandom.com/wiki/User_talk:Ozank_Cx/Archive_13?oldid=1706748"
Community content is available under CC-BY-SA unless otherwise noted.